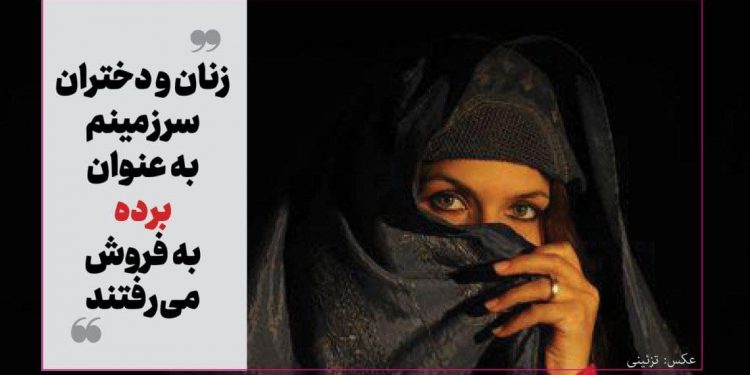 Girls and women of my homeland were sold as female slaves

Interview with Mohammad Kazem Amini, Author, and Journalist on the Situation of Women in Taliban-controlled Areas

“There is also concern about the Taliban raping girls and women in the north, especially in Faryab, where the bitter experience of Taliban rule in Afghanistan has not been forgotten. During that period (during the rule of the Taliban Islamic Emirate), Uzbek women and girls were transported in groups to Quetta, Balochistan, and Peshawar as booty.”

This is part of the memoirs of Mohammad Kazem Amini, a well-known Faryabi author and journalist, who spoke to Nimrokh about the plight of northern women in Taliban-held areas.

“I remember the eight years of emigration to Pakistan and Saudi Arabia in those years,” he said, recalling the Taliban’s actions in the 1970s. At that time, I was the head of the culture department of Faryab in the National Islamic Movement of Afghanistan led by Abdul Rashid Dostum and I took my family to Peshawar. I witnessed that dozens and hundreds of Uzbek girls and women were sold for 5,000 Kaldar. I saw the girls of my country in the brothels of Quetta and Balochistan who were less than 11 or 12 years old and were sexually exploited. “Years later, tens and hundreds of families wandered in search of their missing daughters and wives.”

From “Admired Taliban ” to “Jihadists” being a woman is a crime

He points out the similarities and differences between the Taliban of the Islamic Emirate of the 1970s and the modern-day Taliban: “In the past, the Taliban called themselves (the Admired Taliban) and fought under that name. At that time, they had Datsun and Hilux cars, but today they call themselves (Jihadists) and travel freely on desert motorcycles, transfer heavy weapons, and use brand_new cell phones.”

“There has been no significant change in the Taliban’s performance,” he said. In the areas under their control in the north, they are tearing up photos and breaking hundreds of televisions in the northern districts, selling women’s goods such as women’s clothing, slippers, cosmetics, and so on are banned. Recently, the Taliban have prosecuted several women sellers of goods, and girls in grades four and older are not allowed to study and have to stay at home. Girls’ schools are closed.

“A few weeks ago, a man and a woman were investigated by the Taliban in the Faizabad market of Shirin Tagab district,” Mr. Amini said. They ask, “How are you related to each other?” The woman says he is my husband. The man is taken to a corner and the same question is asked and the man answers that he is the woman’s husband. Then they ask about their last night’s food, and after they see, the name of the food that the man said is different from the name of the food that the woman said. Assuming they are not a couple, they kill them.”

Silence of the voices of northern women

According to him, women in the north, especially in Faryab, have been at the zero point of capacity building and civic activities during these two decades. Nothing has been done for the development of women and the province has always been a victim of political games among political parties. Women have not been able to grow up in the north, and even educated women in government positions are not deciding to speak out against the Taliban.