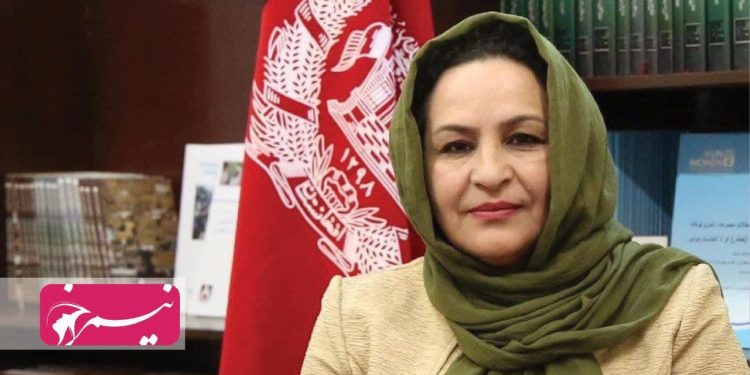 Twenty years of suffering, violence, and victory of Afghan women

The last twenty years have been years of practicing democracy generalizing human rights values ​​and blossoming the hopes of Afghan women. Women have been subjected to violence during these twenty years, despite suffering a lot. They were forced to marry, stoned, humiliated, and insulted, but by enduring all the hardships, they also found the opportunity to emerge and create thought. They had an active and meaningful presence in the community, spoke about the fight against violence. They fought to pass a law banning violence against women. They played a prominent role in various spheres of collective life, politics, power, economics, and culture. They shone well on behalf of the country in international forums. They created pride in all areas and showed another face of a pluralistic Afghanistan.

For the past two decades, women have struggled a lot for their presence in society. They experienced many ups and downs. Countless labels were made against them. They were beaten in public. They were accused of promoting prostitution. But they stood firm and spoke. They made plans and became the loud voice of civic values, participated in rebellious, bravely, and fearless street protests, and established their presence in society with courage and sacrifice. They achieved great economic self-sufficiency. They became big taxpayers from housewives.

The buds of hope had sprouted by shedding the blood of the women livers. Women thought for a society free of violence and inequality. They struggled with the phenomenon of street harassment and domestic violence and had high fantasies that went back twenty years at once.

On a hot summer morning, when the sun had not yet risen from its scorching heat, darkness appeared on the face of the sun, and a black shadow of ignorance spread over the expanse of knowledge, and women in the blink of an eye saw themselves in the corner of the house, whose aftershocks fell still shakes women’s hearts and spreads violence against them.

The women, who had tasted the bitterness of staying at home and arrogance, did not remain silent in the drunken madness of the Taliban’s victory, stood with unparalleled courage and bravery against the Taliban’s gun and thought, and filled the streets with protests. They shielded their chests and spoke in the fire of the bullet, enduring the harshest violence and taunts.

Evoking the verses of victory of the past, women stood stronger and more committed to violence and elimination than before, but it may not be possible for women who have no bread to eat and no place to rest to continue.

Now, in addition to rational protests and criticisms, women need a sustained cultural struggle, because the Taliban grew up in a cultural context and think that women are their property and farm and that they do whatever they want to their wealth. Women must change this attitude. Speak about equality and wisdom so that the deaf person may open his ears and hear the word of truth. Considering the current situation, the responsibility and mission of women are becoming more serious and important than before, adorned with the knowledge and awareness of the steps and pens in the fight against violence. Because in the previous system, laws were passed based on civil values ​​and human rights that guaranteed the rights and values ​​of women, and whenever there was violence the officials solve the problem according to law.

In any society, the thinking of the ruling system is also the thinking of the society. On the other hand, in traditional Afghan society, the attitude of the majority equals the Taliban’s attitude and this is a big deal for women who want equal rights. If women do not take the struggle seriously, do not stand up to violence, do not extend a helping hand to their fellow human beings, change the field of knowledge and awareness to the field of silence, it will not be long before the female instinctual nature is plundered. The presence of women will reverse. Women’s souls will break. And like pristine nature will be used, feminine nature becomes the most deprived realm of the universe. Feminine rebellion will be plundered.

The natural cycles of femininity will be broken for the sake of masculine satisfaction, and women become exhausted and paralyzed beings whose double suffering kills, torments, and gradually dies every day.

At the end of my twenty-year speech, I would like to tell the story of more than 90 days of suffering under the banner of the Taliban, which is no less than physical violence, from the moment of its fall until now, what past violence has been on my soul.

It’s early in the morning, I’m getting ready, I’m doing my homework, as usual, I’m making the kids’ breakfast tea, and I’m wearing my shoes. Outside it seems more strange and frightening than other days, the drivers are frightened and panicked, Berman is nostalgic and frightened, the heart aware of something bad, I arrive at the office with temptation and heartache, on the way to the office I see women narrow an event a great story, someone says that the Taliban entered the citadel, another opens his mouth about the fall of the city, in all this talk I arrive at the office, turn on the computer, I keep silent and think because the previous days we talked about government surrender and transfer of power And I was aware of the obligations that such a thing would not happen overnight, therefore, I never thought everything happens quickly, I was reminding different things that we were commanded to leave the office.

By the time we left the office, Kabul had become a horror within half an hour, because no one was helping each other, everyone was terrified and running away, from that moment on, a spark of despair and violence and double suffering of femininity hit me. And since that day, even though I have an ideal family, being at home and being unemployed is more violent to me than violence done physically. From that day on, violence afflicts my soul, which I think is more tragic than the physical act of violence, and millions of women struggle with this and forget their dreams. In short, November 25 is a day of struggle against violence against women, a day of commitment, resistance, and sacrifice for women’s rights and values. We appreciate this day because of the countless sacrifices of women across the world and we fight stronger than in the past to achieve our rights.