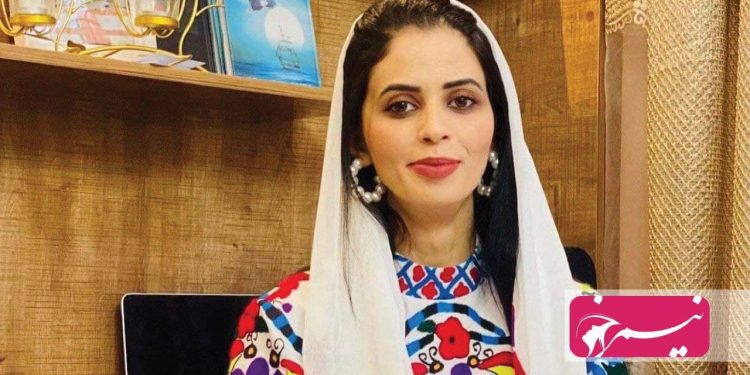 Unfinished past and Unknown future of Afghan women

Living within darkness and ignorance for girls whose education is half-finished and for women who, despite all the difficulties, played a role in social and political life and had great dreams hurts my heart and squeezes my throat with hatred.

These are the bitterest and most difficult days of life for Afghan women. The fall of the government and the loss of 20 years of achievements, especially the destruction of human rights values ​​for women, the forced migration of families, and the uncertain future, have made women more vulnerable in Afghanistan’s patriarchal society.

Some prominent women and those who have attended large domestic and foreign meetings since the beginning of the Doha talks, claiming they will never leave the battlefield, were forced to leave Afghanistan at the earliest opportunity to save their lives.

Thus, the lack of general coherence in the field of litigation for women’s fundamental rights in such a crucial situation has brought some novice women into the field of litigation. In the months since the fall of Kabul, we have witnessed various rallies addressing these newcomers to the civil and human rights movements, who should be supported and commended. These women and girls are fighting for their basic rights within darkness and ignorance. Undoubtedly, the last twenty years have been a golden age for the public life of Afghan women, but unfortunately, we have, not been able to achieve the overall cohesion of women and have a clear address for women’s rights litigation for the following reasons:

The majority of women did project work instead of value work, which prevented women from being cohesive due to conflicting interests;

Prominent government figures were not chosen from among elite and educated women, but rather the party address and the role of tribal leaders determined the role of women in political life;

Women were forgotten in rural areas and cities far from the capital and big cities;

The mothers and wives of war victims were never appreciated

Women could not choose a leader from among themselves for their cohesion;

Women did not have a special place in the core of political parties;

Women in academic institutions, such as university professors, were forgotten;

There was no public support for businesswomen;

The criterion for the presence of women in high government institutions was having a relationship with the administration and people close to the first lady, and in this regard, all planning was done from top to bottom.

The presence of women in academic activities was less supported;

The majority of women in government who served as members of parliament, ministers, deputies, and presidents never wanted to do effective work for women’s cohesion;

In short, women who ate well and lived well for twenty years took refuge again in their original position in another country, and again the poor mothers and widows of Afghanistan remained as they were in 1996.

In these twenty years, despite all the problems in the field of women, there are significant achievements that are the result of the common efforts of women in various sectors, but in the meantime, a few well-known figures of women had a special place that unfortunately they could not have been more effective in building women’s cohesion, at least preventing the destruction of the 20-year history of women’s struggle.

Among them, some prominent women worked for the Citadel and the Security Council, others for their projects and material interests, and still others pursued parties and leaders. Only a few women were able to work independently and honestly, some of whom are still inside Afghanistan.

Members of parliament worked as extra creatures to protect their interests, and members of the peace talks in the men’s team circle had frozen thoughts that their presence in the peace talks was never meaningful.

Despite all the problems, the important issue for us was the civil, political, social, economic, cultural, and judicial rights of women in the post-peace phase, which a number of us have emphasized since the beginning of the peace talks:

The significant presence of women in peace planning;

Participate in decisions and decisions for peace;

Attending the end of peace talks

Unfortunately, the emphasis of some women was only on the presence of women at the negotiating table, who participated in the negotiations with their tongues closed and returned empty-handed.

Whereas women have not been given the slightest role in the Taliban government cabinet; Announces a vague future and difficult days for women.

Therefore, the time has come for the national and international level of litigation. The right to education and the right to work are important issues that must be prioritized and the protection of individual freedoms based on Islamic values ​​must be emphasized.

Action Plan and Resolution 1325 Women, Peace and Security. The Government of Afghanistan was committed to both of these international instruments and was obliged to implement them, which the current government should also value.

According to the Sida Convention, the term “discrimination against women” means the recognition of any discrimination, exception, or restriction based on gender, which is based on the recognition of women’s human rights and fundamental freedoms and the enjoyment and exercise of those rights on an equal basis with men regardless of their marital status, it has a devastating effect on all political, economic, social, cultural, civil and other spheres. Article 7 of the Convention states that States Parties undertake to take appropriate measures to eliminate discrimination against women in political and public life, and in particular to ensure that women, on an equal footing with men, have the right to participate in government policy-making and implementation.

On the other hand, Resolution 1325 emphasizes the importance of equal participation of women in all peace processes and the need to increase their role in decision-making regarding the prevention and settlement of conflicts and the promotion of lasting peace, reconciliation, and security; Because women and children make up the vast majority of people who are increasingly being targeted by the armed militia and the military.

Undoubtedly, living within darkness and ignorance for girls whose education is half-finished and who have great dreams, hurts my heart and the hearts of our peers, and squeezes our throats with hatred.

The only thing we can do is stand by them and support their advocacy moves for the realization of women’s fundamental rights so that we can continue to fight in the dark and witness a day when structural and cultural violence against women is at the lowest level.