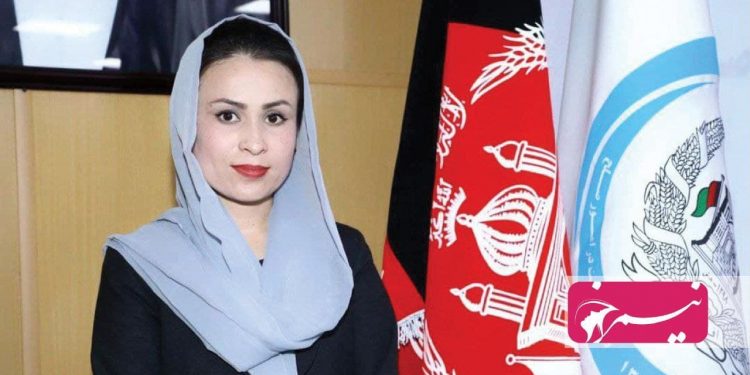 From Kabul to Germany; I brought taunt and whipped wounds of Taliban with me

Fatima goes to the bank near her office on the morning of August 15th. When she returns to the office, one of her friends calls her where she is? Fatima says in the office. Her friend insists that she leave immediately! Because the Taliban have entered Kabul. Fatima leaves the office and encounters chaos on the streets of Kabul. There is no taxi on the streets. The people of Kabul rush on foot and some with their vehicles, rushing to every corner.

In that situation, those who are fleeing are surprised to see Fatima’s high heels and pretty short formal clothes. They pass her with a contemptuous look and then continue on their way. Fatima asks everyone why are running away? Nobody answers. Maybe they didn’t have a chance to answer while they had a chance to overthrow his appearance once. In this chaotic situation, only an old woman tells her that the Taliban have taken the entire Kabul, and if they catch you wearing these clothes, they will kill you on the spot.

With overcrowding on the roads of Kabul and the lack of public transportation vehicles, Fatima reaches the Barchi district with her legs full of smallpox and wounds from walking. In a rented house where she lived with her brother and several other young girls.

“When I arrived home only my brother was there. It was rumored among people that the Taliban started house to house searching of government employments, female journalists, and civil activists. A few hours later my house owner came and told me to collect and burn your governmental documents unless Taliban will kill both of us.” Fatima said to Nimrokh.

Fatima’s brother asks her not to burn her documents, instead they hide them somewhere. Several times her friends call Fatima to get ready to go to Iran or Pakistan through smuggling. But Fatima does not accept. She says all roads are under the control of the Taliban. We cannot reach the border. A friend tells her to take our documents and go to the airport. Again, she doesn’t accept due to the airport condition and population density.

The same situation lasts for five days. Fatima and her brother in Kabul and her family in Daykundi.”I couldn’t go home to Daykundi because the road was under Taliban control, However, it was not safe for us before Taliban rule.

When she could not convince herself to go to Iran or Pakistan through smuggling, Fatima decided to contact the embassies to leave the country: “I sent an official e-mail requesting help from all embassies. Without making sure that the emails are fake or genuine. When there was no response, I was disappointed, and my friends abroad told me that the United States, Canada, and Germany had evacuation plans for those at risk. Set up a profile of your activities and send them your documents. But it took time and I had to wait for an answer.

She goes to Kabul airport with her brother and a friend when she does not receive a response to her emails and requests. When she sees the situation, she is shocked and surprised. Women, children, men, even taxi drivers, and shopkeepers had gone to the airport to leave the country.

The story of Leila; A woman from the land of almonds; I had no choice except to emigrate and leave my homeland

“Among the population, a woman shouts that her daughter has been trampled to death but has not been able to find her. Some people were out of breath and needed help. But it did not matter to anyone. Everyone wanted to get to the gates of the airport anyway. My brother didn’t feel well. We didn’t have time to eat two meals. He could have lost consciousness at any moment due to extreme hunger and lethargy. “Fatima said.

“NDS 01 unit forces looked like the Taliban. They treated people very badly and flogged women and children. They put the gun on the forehead of men and women to get out of the gate.” Fatima said.

On the first day, they return home from the airport at about noon. Fatima set her mobile on silent mood and sleep. At four-thirty in the evening, her brother wakes her up. He says it was ringing many times, see what’s going on?

Fatima sees that she has received many messages and calls from her friends. She calls one of her friends to find out what happened. Her friend says you have to go to the airport right now to get out of the country, you have been introduced to the Italian government and you are going to be transferred. Fatima could not leave her brother in Kabul. Her brother, however, insists that she must go, and in the circumstances that had arisen, she was forced to go to the airport without her brother. She was told to reach the gate by 5:50 p.m. unless the Taliban would close the airport gate.

Fatima arrives at the gate on time, but the gate was closed and thousands of people were waiting to enter the airport. At this moment, the Taliban forces stationed there did not refrain from any kind of oppression against the people. From taunting and verbal violence to targeting women and children’s foreheads.

“I heard Taliban fighters taunting people, ‘Where are you going, Hazaras?’ You tolerated the corrupt Ghani government, can’t you tolerate us? Wait, we know how to treat you, and then, with anger and hatred, they would flog people in the head and back to keep them away from the gate. The Taliban treated everyone harshly. Young people were beaten a lot, but when they beat a Hazara, their faces became more violent and horrible, and they whipped them all with a strong hatred and cruelty.

There, Fatima faces the greatest fear of her life. When she tries to reach the gate of the airport, the Taliban fighter tells her to “sit down” so she freezes. But due to the loss of time, she becomes restless and tries again to get close to the gate. There, two lashes are stuck on her back and Fatima pulls herself back because of pain. When she opens her eyes, the Taliban fighter points her forehead with the tip of a gun. Fatima does not know what to do at that time? A boy standing on the other side selling mineral water takes her by the hand and pulls her to the other side.

She spends the night there, and the next day foreign reporters come to the gates of Kabul airport to cover the situation of the people and the airport. Seeing them change the Taliban’s behavior, treating people better to get them to the gates and then into the airport. Fatima also gets a chance to enter the airport. But it took about two days for Italian troops to check her documents and allow her to fly. Two nights and days pass with no sleep, no food, no warm clothes in the cold weather. She eventually flew to Pakistan with some journalists, civil society activists, and university professors, then to Kuwait, and then to Italy.

Fatima Zahra Ahmadi has nightmares when she settles in a hotel in Italy for quarantine. The lashes on her back, the taunts she had heard from Taliban fighters, the women whose children were dying of hunger and thirst in the crowded Kabul airport, and then the nightmare of the suicide bombing that left more than 200 dead and wounded ruin her asleep.

Now that she has arrived in Germany, she says she is only in a safe place and does not worry about being “killed by terrorists” but she is mentally wounded. When she left her country forever she brought taunts, wounds of lashes, and nightmares with her to Germany and it is not clear when this nightmare will end.