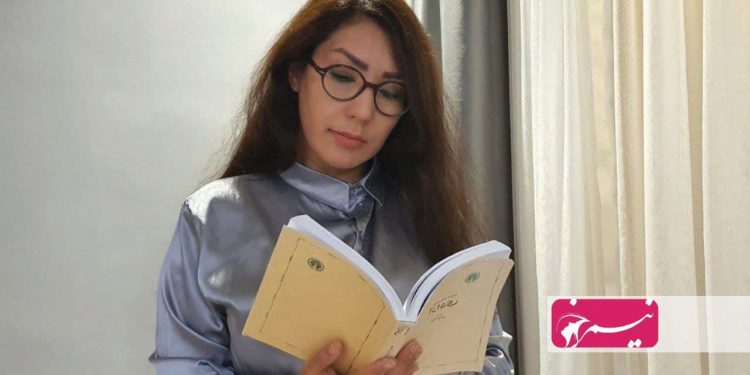 Asiya Hamzaei is graduated from journalism, media, and public opinion. She is known as a “Peace journalist” among Afghan journalists. She studied journalism in one of the Iranian universities when she was an immigrant there. She was forced to leave Afghanistan after five years of working as a journalist. Asiya interviewed Nimrokh about her untold stories of migration, motivation of returning to her homeland, work for government, journalism, love, and her good and bad experiences of working as a journalist.

She spent her childhood and part of her youth migrating with her family. She still remembers the bitter taste of living as an immigrant in Iran; The bitterness of deprivation of living facilities and opportunities for proper education and a good job, as well as how difficult it has been to pass through the structural filters of the Iranian government to prevent the education of Afghan immigrants and study journalism in this country.

As Asiya says, she always took part in writing competitions with love and passion when she was a student in Iran. As far as she can remember, she has always written top texts and articles but she was removed from the list of winners and did not receive any award only because she was an Afghan immigrant. She was not only tired of writing despite disgusting behaviors but she started “Mohajer” publication and “Mohajer press” website to publish Afghan women, children, and immigrants community’s issues as well as publishing Afghanistan political news.

Asiya Hamzaei’s bitter memories of her immigration period are not limited to the fact that she was a talented student and that being an immigrant deprived her of the privilege and position she deserved in in-school competitions. When she became in charge of her family she couldn’t find the right job. Asiya has to deal with hard work for a while. Reminding the memories of working in a bakery and nursing an Alzheimer’s patient still lingers in her mind and reminds her of how being an immigrant made her a victim of the Iranian government’s discriminatory policies.

Hamzaei returned to her homeland five years ago with a hopeful outlook to expand her human rights and journalism activities. She published her feelings in the form of an article entitled “I will never immigrate for a thousand and one reasons” in the Etilaatroz newspaper which became one of the most visited articles on the newspaper’s website. After returning to Afghanistan, Asiya worked for a while in the press section and girls’ education department with a government agency. During this period, she also witnessed tremendous opportunities for the growth and prosperity of Afghanistan, especially the women of the country. Of course, if those opportunities were managed properly. Asiya says she has seen all kinds of corruption in institutions with her own eyes.

Expressing concern over the condition of women during the Taliban era, Asiya said that in the past 20 years, women have suffered countless times despite golden opportunities: “There is no doubt that the Taliban administration is an anti-woman, anti-human rights and anti-human dignity terrorist But it should not be overlooked that women have fought for their equal rights through history. In the last 20 years, the suffering of women for growth, relying on their capacity, has shaped a sad story that has resulted in a nascent democracy in the shadow of a patriarchal and anti-feminist society. During the Republic system, the situation for women in government offices was terrible too.

The story of Leila; A woman from the land of almonds; I had no choice except to emigrate and leave my homeland

Men’s view of female employees was gendered and sexist. “Men in high positions at the head of an office thought that they could make the most beautiful woman and the most hard-working one obey their carnal desires.”

According to Asiya, also some women mistreated women: “There were even women who abused their female employees because of unhealthy competition with their homosexuals. Once, one of the women who was a member of parliament, said with a meaningful look at me: “If you want, you can make progress in any way.” “Her words were disgusting. “However, Hamzaei emphasizes that there were also powerful women in the government who opened the way for women to participate. But they were not known due to gender discrimination and remained anonymous.

While working with the government, Asiya also had a good relationship with the media and sometimes wrote articles. From the beginning of the peace talks and negotiations in Doha, Asiya was appointed Secretary of Peace in the Hasht e Sobh newspaper and won the award for the best journalist of the year. She dealt daily with war victims and peace negotiators in Doha. During this time, she was confronted with other realities of Afghan people’s lives.

She says she has been concerned about the situation of women and children and human rights since the beginning of the peace talks in Doha. According to Asiya’s opinion, after the Bonn Summit and the formation of an interim government in Afghanistan, the fate of women and children remained unclear and governments did not do anything fundamental for Afghan women.

The majority of activities done in the women field since Bonn Summit till the last days of the Ghani administration collapse has been symbolic and from men’s attitude toward women.

Despite numerous lawsuits, following the Bonn Summit and the formation of the interim government, the prosecution of war crimes and transitional justice, especially for women and children, as the most vulnerable in the 1990s, remained result less. The women involved in this process did not affect women’s demands for peace. “Even now, the fate of women in the re-emergence of the Taliban is unfortunate.”

According to Asiya, all women’s concerns about the peace process have now become a bitter reality. Although journalism is a field for Asiya that she has chosen with love and motivation, in fact, the field of journalism, in addition to all its good and valuable assets, has also been destined to face destructive wounds and pains. That’s why she was a journalist in the field of war and peace in the most war-torn country in the world.

If, on the one hand, she dealt with political men and women involved in peace talks, on the other hand, she had to always go to the families of the victims of suicide attacks and wartime explosions.

“My saddest report was the terroristic attack on Kabul university. Hosna was disappeared after the attack. Her brother said that when I was told that your sister had been found, I eagerly went to another room in the hospital to see her. But they handed me a black bag full of burnt and sliced ​​meat. And also Roqia the student, who had bought new clothes for her birthday, but on her birthday they gave her bloody body to her family in her new clothes. The days and moments of working on a report of an explosion at Kabul University which left many people bereaved, for me, was all about struggling with wounds and pain and heat. I still sometimes smell the blood and burnt flesh of the victims of that event. In another bloody incident, a brother did not want me to publish a photo of his young sister in the newspaper.

He said that he did not want to see his sister’s photo in a newspaper that was put under a Bolani to get oil. Or baker gives him bread twisted with that newspaper. I still live with these bitter facts which ruin my life.

Asiya says she loves living in Kabul despite all tragedies. Every time she went to the city, she felt the pulse of life in Kabul when she saw a man selling Kandahar pomegranate and offering pomegranate juice to passers-by. She was delighted to see a man staring at a beautiful woman’s dress behind a shop window as he walked through the shops, perhaps remembering romantic memory that moment.

When Kabul fell to the Taliban, Kabul residents have common experiences of sudden escape and the stress of trying to identify high-ranking government officials, journalists, and civil society activists. Asiya with her photographer and journalist friends who were living alone were forced to go to the house of her friend who lived with her parents.

“On the day of the fall, Kabul’s situation was chaotic. The Taliban said we had not entered Kabul and the government spokesman had not responded to our repeated calls. I left the office at about two o’clock in the afternoon. I saw a woman walking on the road with her two children. She asked me the direction to Ghasaba but before I answer she said” Do you know that the Taliban took Kabul sister? I returned to my house, which was on the fourth floor, in one of the residential buildings in Kabul. Like every day, I put my coffee on the fire and opened the window of my room to look at the city. Unbelievably, I saw a motorcycle with the white flag of the Taliban installed on it, and two men with guns passing by with strange appearances. I could not believe that the Taliban had captured Kabul so easily because authorities claimed that Kabul will never collapse.

Asiya spent ten days in Kabul under control of the Taliban, despite deadly messages and threatening calls from unknown individuals, which had been exacerbated by the fall of the government. Then she went to Kabul airport with a group of friends and colleagues and left the country. “The last time I left my house for the airport, I could only take a very short video of my house. While all my belongings were in place and I was the only one leaving. A pair of sugar containers, a few books, and left my country forever with the clothes I was wearing.” “Although I am safe, I am not calm and I am still worried about the situation of women and children and the human rights situation in Afghanistan,” she said.