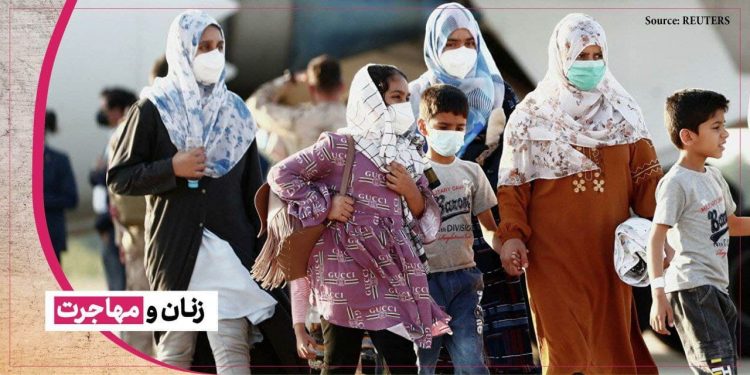 Women and Immigration, A window for women’s narration of immigration

In the immigration process, women try to change the layers of power in their favor and change the restricted regulations and customs to more freedom. During immigration, they try to re-explain their role in the family and socio-cultural relations. Immigration causes women to have social activity, freedom, financial independence, survival, and more social reaction at all.

Two important issues are missing in Afghan immigration studies. The first is that others have always narrated about us. Others have written about us and introduced us in some way. It was others who talked about our immigration experiences. For whatever reason, we have not written about ourselves or written less.

The second issue is that “women” have always been the main absentee of these studies. Foreign scholars in the study of women have not been able to cross the barrier of Afghan religious and patriarchal culture and values. This has led to women always being marginalized in immigration studies. That’s why in immigration studies, it has always been seen through the men’s point of view. Recent studies and research show that the tendency of women to migrate is higher than that of men and that women are more affected, vulnerable, and sorrowful by the migration process than men. Accordingly, there is a need to address their immigration issues and experiences independently.

Immigration has always been part of our identity. We migrate to find a way to live and survive. Immigration has always been a survival strategy for us. Immigration has been a platform for us to escape the repressive policies of ethnic regimes, totalitarian regimes, genocides, and policies of exclusion. The situation for women has intensified with the resumption of black Taliban rule. Deprivation of individual and social liberties, exclusion, and homelessness has been the most important gifts of Taliban policies for women. Women are the most important social group that has lost everything under the control of the Taliban and has been forced to emigrate.

Nimrokh Media, by understanding the importance of the issue of women’s migration and intending to broadcast and publish women’s narratives of their migration process, has opened a new window to address this issue. This window focuses on women’s immigration experiences and seeks to provide a platform for women to narrate their sufferings, successes, aspirations, and so on.

We need to write about ourselves and narrate what happens to us in the migration process. No one can narrate our sufferings, loneliness, and dreams better than ourselves. Now it’s our turn to write our stories of immigration. We cannot forget and we must not let our sufferings get lost in history.