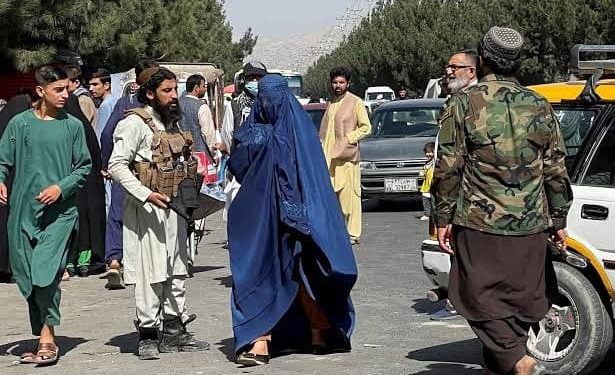 2021 the year of women achievements and aspiration’s burial

The year 2021 ended. This year began with the targeted assassination of female journalists, continued with the struggle for peace, and ended with the fall of democratic values, 20 years of rights and achievements, and the destruction of women’s aspirations.

In the first half of 2021, when the efforts of the people, government, and civil society of Afghanistan were focused on securing peace, women had the most cohesive advocacy programs to preserve the values ​​and achievements of the republican system. Civil society organizations, political organizations, and women’s media across the country, hoping for the success of peace talks between the Afghan government and the Taliban, emphasized fair peace and the preservation of the republican system, democratic values, and 20 years of achievements of government and people.

But the withdrawal of US and allied troops from Afghanistan, the mass release of Taliban prisoners by Ashraf Ghani Ahmadzai, corruption and betrayal of security institutions, appointing immature individuals in the leadership of fighting terrorism, tribalism and political monopoly in government leadership, the reduction of the republic to a decision-making room a special team based on the president, discouraging the people from the system with corruption and prejudice and dozens of other reasons, all of which were the result of the incompetence of the country’s rulers and political leaders, plunged Afghanistan into the abyss. As a result, the Taliban were able to install their flag over the Presidental Palace in political collusion with the planned escape of Ashraf Ghani Ahmadzai.

This was the worst possible event that ruled the fate of the Afghan people, and thus the Taliban, as the only terrorist group, ruled a political realm to turn the country into a haven for terrorists and a breeding ground for other terrorist groups against regional and global security.

But women suffered the most. With the takeover of the Taliban on August 15, the Ministry of Women’s Affairs was dissolved, the Human Rights Commission, which had been most active in defending and advocating for women, was disbanded, civil society organizations working for women’s empowerment ceased to exist, and the majority of women’s special media were silenced. Women leaders and educated young women who were the driving force behind women ‘s success migrated or hide in the house for fear of being killed by the Taliban. Also, the Taliban disapproved all rules and laws in favor of protecting women’s rights therefore violation against women has increased and access to justice became impossible for women.

The Taliban closed girls’ schools and barred women from education and work, women’s business establishments that symbolized their independence and self-sufficiency were abolished, and a new law called the “Islamic Framework” was introduced for women, which is becoming increasingly narrow.

As the Islamic framework tightens, restrictions and socio-political pressures on women increase to the extent that the scope of women’s cover and patrolling in Afghanistan is determined by Taliban fighters who, over the past twenty years, have killed the children, fathers, mothers, sisters, brothers, and husbands of these women and hundreds of thousands of innocent civilians, either by gunfire or in suicide bombings or beheaded on highways, displacing seven million citizens, those who suicide themselves or blew the bombs up at school, in the maternity hospital, in the mosque, in the bazaar, at the Funeral ceremony, Eid and Ashura nights, at weddings and civil marches, and in universities.

However, the women did not sit quietly. Women have continued to protest and resist the Taliban. Four and a half months after the fall of Afghanistan to the tyrannical and misogynist regime of the Taliban, women, as the only civil-political force inside and outside the country, have formed new movements and continued to resist. Women have not left the field of resistance despite repression, threats, insults, beatings, and flogging by Taliban fighters.

Thus, last year for Afghan women was nothing but pain, oppression, repression, falling values, loss of achievements, and burial of their aspirations. But there is always a tomorrow! The Taliban also ruled from 1996-2001, stoning women in desert courts, as now childbearing and selling girls have intensified from famine, flogging women to stay home, and barring them from education and health care. ; But the future was in favor of women. With the fall of the Taliban, women gained freedom and independence and laws and institutions of protection. With the start of the new year, a new opportunity has begun to fight the Taliban.

With the spread of national and international resistance in defense of the Afghan people, the chapter on Taliban oppression on women is coming to an end, and it is very good that today the leadership of the resistance against the Taliban is in the hands of women.

In the peace games, the Taliban thought of sharing power with political parties based on ethnic affiliation, but after entering Kabul, they faced a force they had never imagined. This resistance force not only does not recognize the ethnicity, language, religion and geography, and cultures of the country as separation borders but also uses them as diversity and power. The resistance movements of women against the Taliban are composed of different ethnicities, religions, intellectual and political tendencies, which have emerged with the focus on the rights of the people and the defense of Afghanistan against a terrorist group.

It is hoped that in the new year, women will continue to protest and resist the Taliban inside the country and abroad, and the international community instead of looking for ways to cope with the Taliban must not recognize them as the ruler of Afghanistan as it is still linked to international terrorist groups. And itself is blacklisted by the United Nations as a terrorist group. Rather, the world should pay attention to the resistance of the people, especially Afghan women, and look for ways to end this horrible nightmare of 35 million people before the Taliban plunder the country’s resources and strengthen their existence, so that not only Afghan women Rather, all women and children in the region and the world should be freed from the threat of terrorist activities by the Taliban and their allies.

Also, prevent the Taliban from turning Afghanistan into another al-Qaeda growth ground, and the 9/11 attacks should not be repeated in the United States or elsewhere.