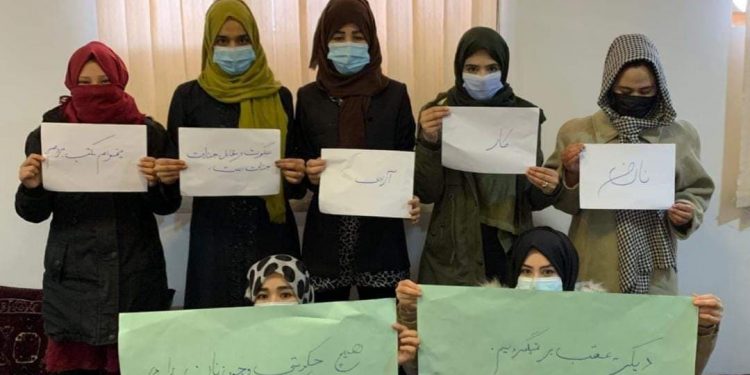 Women protested against the Taliban in Baghlan

After Kabul, Kunduz, and Parwan, women in Baghlan have also protested against the Taliban this week.

The Afghanistan Justice Women Movement, which was recently formed to fight and resist the Taliban, reported that “today, Wednesday, 5 January 2022 women protested against the Taliban in Baghlan province.”

Pictures of the women protesting on social media show them gathering indoors and chanting anti-Taliban slogans. Earlier in Kabul, Kunduz, and Badakhshan, women’s civil protests in the streets were severely repressed and women protesters were beaten.

Protesting women in Baghlan province with the slogan “bread, work, freedom” emphasized the protection of women’s right to education and the right to work, saying that women’s rights must be respected, “We will not go back (the era of women’s deprivation).”

The protesting women in Baghlan called on the people and the international community to break the silence on the crimes of the Taliban and said, “Silence on crime is a crime!”

“No government can deny the existence of women,” they told the Taliban. “We are a generation of change, we write, we do not walk.”

For the past four and a half months, the Taliban have closed the gates of girls’ schools, expelled women from government offices, and ordered the private sector not to hire women. In the last two weeks, the ban on women traveling without Mahram in vehicles and the way of women’s clothing has been the Taliban’s socio-political conflict with the people. During this week, women in Kabul, Kunduz, and Parwan protested against the Taliban policy, calling on the international community to intervene and prevent an increase in Taliban repression.