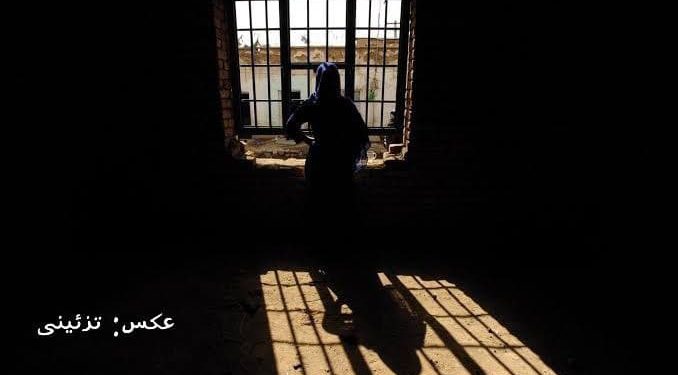 In the dark backroom of exile

Eventually, she borrowed two pillows from a familiar consignment seller and made her way to a room she had been given in exchange for her father’s loan. Only a third of the room was covered with a worn carpet, and the only facilities for living were two pillows, and the days and nights were spent eating a burger or biscuit.

She said, “call me Parastoo.” An Air Force Counterintelligence Officer, an Air Force radio announcer, and a familiar voice reading announcements from the Department of Defense’s campaign against the Taliban.

She says that during the period of the republic, she could not go to visit her family for many years. With the shocking fall of the country, she auctioned off her house and all its assets; She put two pairs of clothes in a backpack and went to the airport with her little brother without a visa or passport. The first fiery nights and days of the fall were spent behind the walls of Kabul Airport, sometimes by rotten water ditches and sometimes in dirt and dust. Without the slightest hope of entering the airport and in absolute despair.

It is almost nine o’clock at night, only the sirens and lights of the ambulance sometimes break the terrifying silence of the space. She reviews her contact list several times. The burning of her eyes made it difficult for her. Nose running and tears fell from her head and face. After the blast near the airport and Baron Camp, international forces fired tear gas to disperse the crowd. Taliban forces’ airstrikes and sometimes shot at targets left many dead and injured.

Eventually, she finds in her audience a number of a friend who was a roommate in a dorm room three years ago. Coincidently, her friend is also an exile who three years ago was convicted of human rights and anti-extremism; She was exiled from her province by Hizb ut-Tahrir and Jamaat-e-Islah. Her name is Reyhan.

Reyhan is 24 years old and lives on her own. She was able to build her house and life with thousands of hardships, literally with “thousands of hardships”. The house she now saw on the water. Reyhan says she was 20 years old when she was deported from her province and spent months in the humble dormitory room putting her purse under her head as a pillow.

Parastoo went to Reyhan’s house with complete despair and fear that she would not be captured by the Taliban. Parastoo and Reyhan wept that night, weeping for themselves, their dreams, and their ruined lives. Months ago, Reyhan fell victim to extremist views once again and lost her job due to her beliefs and style of dress. She is now in dire financial straits and has been lagging in rent for several months.

After a few days, more deportees and exiles of Reyhan’s relatives and friends took refuge in Kabul and her house until there was practically no place for Parastoo and her brother. She was confused and went to a house that her acquaintance had given her in exchange for her father’s loan.

“The summer days were good we could survive by eating cold water and biscuit,” Parastoo says. But the weather was getting cold and it scared Parastoo.

Disappointed with the evacuation of vulnerable people by the United States, she went to her province and her father’s house. A province whose local councilors have been pressuring her father for years: “Get your daughter out of blasphemy in the army!” But Parastoo’s father, relying on the regime’s support, sometimes denied and sometimes objected, “My daughter does not do blasphemy.”

Parastoo secretly went to her house, but the house is still a prison for her. She is always hidden in a room for fear that no one will notice her presence. The door to the room is closed and the curtains are pulled down. She can only leave her room for necessary work.

Parastoo says that since she went home, one of the Taliban commanders, who is related to her father, has come to him several times. But her father told him “Parastoo has been married for many years and lives in Pakistan with her husband.

Kilometers away from Parastoo, in Kabul, the last piece of the family’s gold is running out, but Reyhan has not yet been able to leave the country. On the other hand, she could not find a job for herself and could not return to her province for fear. A province whose former enemies are now all in power.

Every time I asked Reyhan and Parastoo, what will happen to you in the future? They said, “Do not ask, we do not know, we do not want to think, our heads will explode with pain.