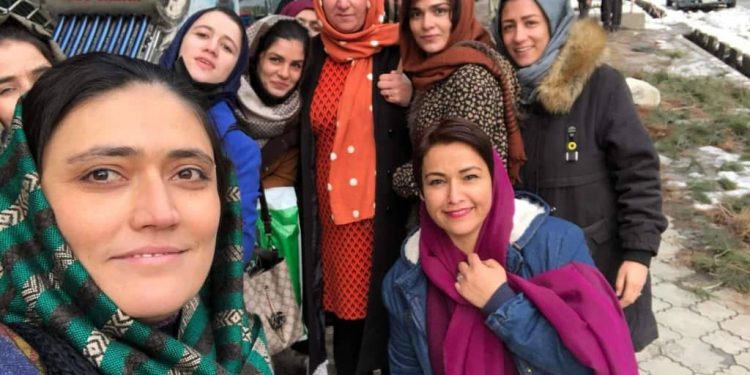 The three women’s protest movements that emerged after the Taliban came to power to fight and resist the group pledged at a meeting in Kabul to fight for women’s rights.

Members of the Spontaneous Movement of Afghan Women Fighters, the Justice Women Movement, and the Women’s Unity and Solidarity Team gathered in Kabul to announce a joint fight against the Taliban.

Waheeda Amiri, one of the founders of the Spontaneous Movement of Afghan Women Fighters, told Nimrokh that members of these movements gathered today (Thursday, January 6, 2022) in an atmosphere of intimacy and empathy for the unity of women’s activist groups.

“We discussed mass advocacy and advocacy for the situation of Afghan women, social unrest, Taliban crimes, and gender discrimination that have led to the exclusion and deprivation of women, “she added.

According to Ms. Amiri, “these three women’s protest movements have made a full commitment to fight and resist the Taliban in defense of the rights of women and the people of Afghanistan.”

After the meeting, the women protesters gathered at the Ansari crossroads and chanted, “We want a legal, democratic, fair, and inclusive government.”

“If you take pen and paper, we will write the rule of law on the palms of our hands,” they said, referring to the closure of girls’ schools and the crackdown on women’s protests.

In the past, members of these movements have participated in jointly organized civil marches.