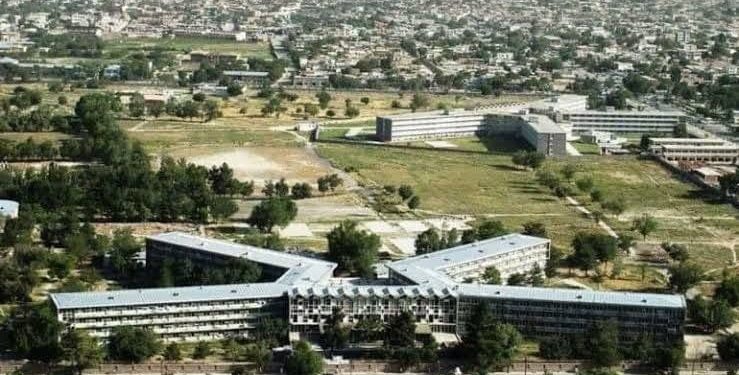 The story of the fall and destiny of the girls’ dormitory

Last night, Balkh province, one of the largest provinces in the country, fell to the Taliban. With the fall of this important and strategic province in the north of the country, our concern was increased.

I am in the girls’ dormitory of Kabul University. It’s been almost a week since the end of the quarantine and the universities reopened.

We have just arrived at the dormitory. Concerns that Kabul may soon fall have intensified with the fall of the provinces. But Taliban fighters are not expected to arrive in Kabul tomorrow morning. It is night now and we are spending the night in a dormitory full of fear and anxiety. On Saturday, August 15, 2021, the girls who had classes in the morning went to their classes. But I have an appointment with a friend according to my last night schedule.

At 9 a.m., I met a friend of mine and we talked for about thirty minutes on the campus of Kabul University. “I’m afraid today will be the last day of the republic,” she said, talking angrily about how the provinces had fallen.

When we looked at her face, she seemed pale and confused. “I have a lesson, but I can not go to class, because I have no patience for anything and I am afraid of the future where everything will be destroyed and my goals will become a wish only in my dream,” she said softly.

But we did not know that these concerns would turn into reality in a few hours.

Thirty minutes later, Yalda called me and said she was at university and wanted to see me. Yalda and I walked on the campus of Kabul University for a while and told friendly jokes. The situation at the university seemed normal. Police guarded the university gates.

Yalda and I went out of campus to buy food, it took about 10 minutes to come back. This time, when we entered the university, the situation was a bit tense and eerie. There was a rush and we noticed the anxious faces of the students.

A few young people were passing by us, one talking on the phone and saying, “Hurry up, the Taliban have taken over the Barchi district,” we realized that this is a serious matter. Yalda went home and I went to the dormitory.

The dormitory was filled with fear, despair, anger, and anxiety. A number of the dormitory girls came to the gate with more or less their belongings but did not know how or where to go. More than 1,500 female students from different provinces lived in the dormitory. It is difficult to return to their homes in such a situation.

At that moment, I did not know where to go, what to run away from, and who to seek refuge in. If we leave the dormitory and face the Taliban, how will the Taliban treat us? Will all these young girls be beaten, tortured, arrested, or shot? Or are they flogged in public? There were thousands of questions in my mind that I could not find the answer to. I did not know who to think about, the girls who were alone in the dormitory in such a situation, or about the unknown future. We did not even know if we would survive and live tomorrow or not.

I made my way to my room, picked up some of my essentials, and went out. I noticed that the dormitory manager told all the staff to get out and no one stay in. That means the manager had decided to evacuate the girls’ dormitory.

The students’ panic and fear of the arrival of the Taliban in Kabul had shocked us all. Many of the girls did not even close the doors of their room in a hurry, and some who were outside the dormitory had their belongings left behind inside the dormitory.

Everyone wanted to escape, but they did not know where, and where they were safe. Many of the girls who came from the provinces had no relatives or acquaintances in Kabul to go to their homes. I still do not know where they went? And what happened to their fate?

There was so much fear and panic as we walked out of the public gate of the dormitory that we trembled and looked at each other so innocently as if we were all being taken to the altar and spent the last moments of our lives, there was no hope for tomorrow.

No taxi could be found. I got into a public vehicle with a lot of problems. Traffic is not a new issue on Kabul roads, but it multiplied that day.

I was inside the vehicle when I heard the news of Ashraf Ghani’s escape. Not only me, but everyone was shocked. I saw one of the passengers of the vehicle whose tears flowed unconsciously, we did not understand what had happened? And why did the fate of the 20-year war of NATO in Afghanistan end here? Yesterday, Ashraf Ghani had explicitly assured the people that he will defend the republic and the country to the last drop of his blood, but now he has fled in such a situation.

More shockingly, I saw soldiers who fought bravely for years to defend their people and their country and served with pride, but now, because of a few traitors, all they could do was give up, and I saw the arrogance of Taliban fighters laughing and mocking while taking the weapons from the army soldiers. After seeing this scene, I thought the world was over, there was nothing left and everything was back to zero for Afghanistan and its people.

I reached Dehmazang at ten o’clock, but I had to walk for another 10 minutes. I took quick steps towards my grandparents’ house. I noticed that everyone was fleeing, the city was crowded, everyone was trying to get home from any direction, and because there was a lot of road traffic, most of them were walking to their destination.

It had just been a week since the university reopened after the quarantine, which this time was closed due to the Taliban. Many students had arrived in Kabul two days before the fall of Kabul because of fighting in the provinces, hoping to stay safe in the capital. Where more than seventy governments had embassies, and US military troops were still present as a deterrent to the Taliban.

Several weeks have passed since the fall of Kabul. I gradually lost hope. Many dormitory girls and my roommates arrived in their provinces. The city of Kabul had been silent for weeks. Food prices and unemployment are rising. Poverty and crime are on the rise. Meanwhile, girls are still denied the right to education. Every week, the streets of Kabul witnessed a march of young girls who are deprived of their rights to education and work.

I call the dormitory girls who have gone to the villages. They all complain about the Taliban restrictions and their unknown destiny. They are disappointed, but I still hope that one day the sun will rise behind these black clouds and the light will overcome the darkness. This oppression will never last.

Repeated requests from the manager prompted her to speak frankly: “Female students need to know that the truth is something else. We spoke with Taliban officials to open the girls ‘dormitory and evacuate students’ belongings. But the Taliban make the excuse that if you handed over the government peacefully and then the women did not protest against us, we would have no problem with the dormitories, it would be reactivated. But now that you have protested against us, we will no longer allow the dormitories to open.”