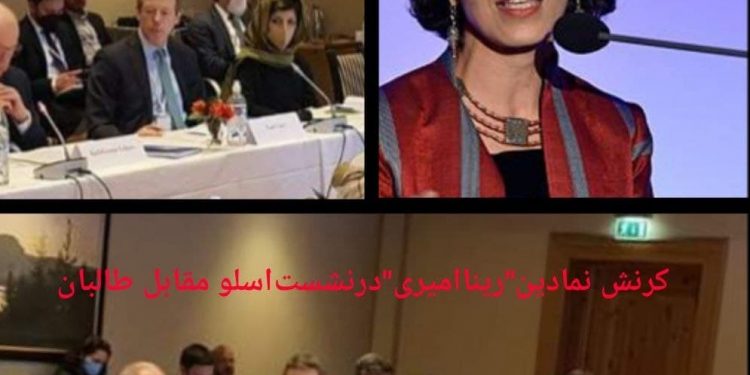 Symbolic obeisance of “Rina Amiri” towards the Taliban in Oslo summit

Whatever is this symbolic ransom was paid to the Taliban for the credibility of the fundamental rights and civil political freedoms of Afghan women! It cannot diminish the negative consequences of her behavioral transformation on the fate of Afghanistan’s liberal women.

Rina Amiri, the US special envoy to defend the rights and freedoms of Afghan women, appeared at a meeting with Taliban representatives in Oslo wearing hijab. Ms. Amiri appeared in such a cover at a meeting with the Taliban, on the one hand, as an American citizen in the past, she had the usual American cover. On the other hand, she attended the meeting as the US special envoy for the protection of the fundamental rights of Afghan women; to support women who have protested in recent months against the mandatory hijab and Taliban extremist laws on the streets of Kabul who have been beaten and some have been detained by the Taliban and their fate is unknown.

I respect the right to choose clothes as an individual matter for Rina Amiri, but the problem is that Rina Amiri is not an individual in this meeting. She is the US special envoy for the protection of Afghan women’s rights against the extremist laws of the Taliban terrorist group. Ms. Amiri’s attempt to cover her hair at the table with the Taliban is her symbolic ransom and obeisance towards the Taliban.

Rina Amiri was appointed US Special envoy for the defense of Afghan women on December 30, 2021. Before accepting the responsibility, she tweeted: “I wonder how those who revived the group by reassuring the world that the Taliban have changed explain the Taliban’s backward and strict policies against women.”

Now my question to Rina Amiri is how and with what argument does she explain this transformation of her behavior towards the Taliban? Whatever is the answer of Rina Amiri to this symbolic ransom that she paid to the Taliban for the credibility of the fundamental rights and civil political freedoms of Afghan women! Can not diminish the negative consequences of her behavioral transformation on the fate of Afghanistan’s liberal women.