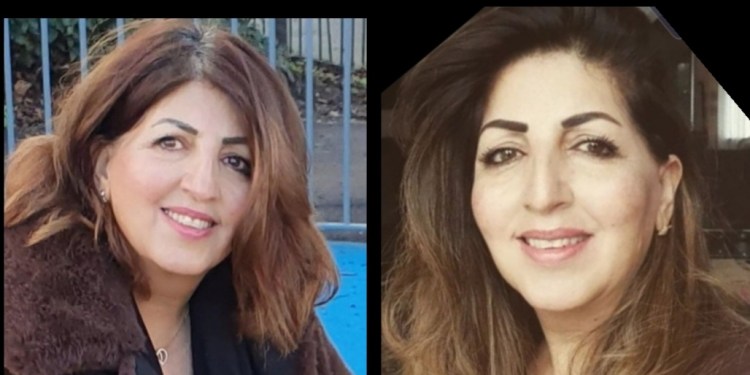 Arezoo Golzari; Let us not leave Afghan people alone in this chaos

In this tumultuous situation where the monster of poverty and unemployment has gripped the collar of the majority of the Afghan people and we seldom know a man who halves his bread with his hungry neighbor, but humanitarian sense has forced a woman from miles away to help a poor compatriot who is suffering from poverty that increased after the Taliban takeover by providing monthly economic assistance as much as she can and rescuing them from hunger and poverty.

Arezoo Golzari, a 56-year-old woman who was forced to leave her homeland with her husband just 41 years ago when Afghanistan was occupied by the Soviet Union, experienced the bitter taste of immigration as a teenager.

Golzari first immigrated to Iran in 1981 and from there to Turkey with her husband and only daughter. After a short stay in Turkey, they return to Germany with a bag full of bittersweet memories of their life in the world of immigration and settle in Germany.

Ms. Arezoo tells Nimrokh about her memories of emigrating to Iran: “My husband opened a sewing workshop in Tehran and had a lucrative job. We had good relations with our Iranian friends and neighbors, and we felt less like immigrants, and we seldom encountered Iranians who treated us badly and called us Afghani but the Afghan refugees did not have the right business, and the majority were engaged in hard labor and peddling, and they were struggling to make a living.”

Ms. Arezoo considers immigration as one of the phenomena of wrong policies and proxy wars that have been going on in Afghanistan for many years, and that she sees the fate of her compatriots in war and bloodshed is deeply affected and adds: “If there was no war in my country and I was not an immigrant; Today I would be a woman with a high degree of education and maybe I could fulfill my dreams. On the other hand, when I see the situation of Afghan women in the media and social networks, I am more affected. Many of my countrywomen, who have been educated and employed during the last twenty years, with all the social and political problems and difficulties that were facing their lives, and who have been promoted to some government positions have been marginalized under the rule of the Taliban occupiers, and all their achievements and aspirations have been trampled underfoot by a belligerent group, women who were the breadwinners of their multi-member family and now in a miserable situation that is difficult and impossible to digest.”

Golzari has never withheld humanitarian aid for friends, acquaintances, and relatives who did not have good economic conditions, and has helped and cooperated as much as she could with friends living in Afghanistan. But the fall of Kabul to the Taliban and their complete domination over Afghanistan, forced Ms. Golzari, in addition to helping her friends and acquaintances, to help and cooperate with two other families living in Kabul who have been impoverished, as well as an orphan boy who has been deprived of a family in Kabul to bear all the living expenses.

Golzari told Nimrokh: “When I learned about the plight of my compatriots in the media and on social networks, and when the Taliban clearly said that people should ask God for their sustenance, I wrote on my page that anyone living outside Afghanistan Take care of a family in Afghanistan to save our compatriots from starvation and not leave them alone in this critical situation but no one paid attention to me, and I took care of the two families alone.”

In addition to her charitable donations, Ms. Golzari has provided warm winter clothing for the children living or working on the streets, provided some food and shelter, and provided for her niece, that her husband lost his job when the Taliban came to power.

In Ms. Golzari’s page,  there are several videos of her with teary eyes recalling the plight of her compatriots or the life of women under the rule of the Taliban, she can express her utmost humanitarian feelings and find her a compassionate lady.