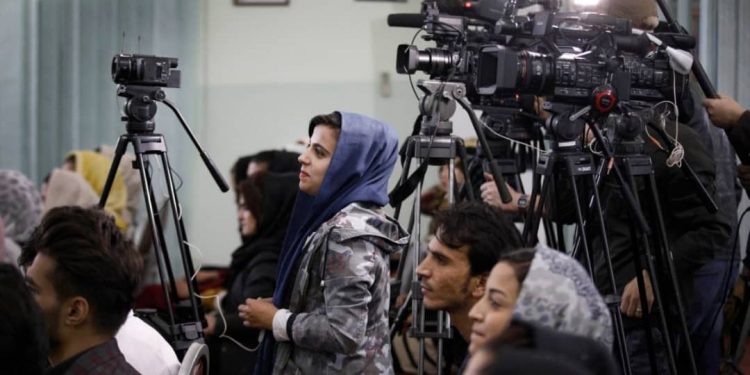 NIMROKH-KABUL: Reporters Without Borders has reported that threats, summonses, and arbitrary arrests of journalists by the intelligence and the Ministry of Command and Prohibition of the Taliban have increased in Kabul.

Reporters Without Borders says in a new report on Friday (Feb 4) that threats, summonses, and detentions of journalists have increased over the past two months.

Referring to the arrest of two Ariana News reporters on Jan 31 by the Taliban, the organization said that a large number of journalists in Afghanistan had been threatened, summoned, and detained by the Taliban in the past two months.

The organization added that at least 50 arrests of journalists and media workers by Taliban fighters and intelligence agents have been registered since the Taliban took power on August 15 this year.

According to the organization, the number of detainees was sometimes accompanied by violence, including a short time covering women’s demonstrations in Kabul.

At the same time, the organization emphasizes that the Taliban’s intelligence service has a long history of interfering with freedom of expression and the media in Afghanistan.

According to Reporters Without Borders, this agency, especially the agents of the 53rd Directorate of the organization, not only arrest journalists, but also Javad Sargar, who is in charge of media cases, directly threatens journalists.

“Do not publish this news anymore and do not invite this person unless I will cut your tongue,” the agency told the media.

However, it noted that journalists should be able to continue their work freely and without fear of detention or torture.

On the other hand, according to Reporters Without Borders, these threats are illegal and violate the law on mass media, and adding more pressure on journalists is restricting freedom of information.

However, Taliban spokesman Zabihullah Mujahid tweeted that the report was rejected, adding that the media should act in accordance with Islamic principles and the rule of mass media.

However, following the recent chaos in the country, many restrictions were imposed on the media, and in some cases, even the Taliban threatened and arrested journalists and media workers for censorship of the media.