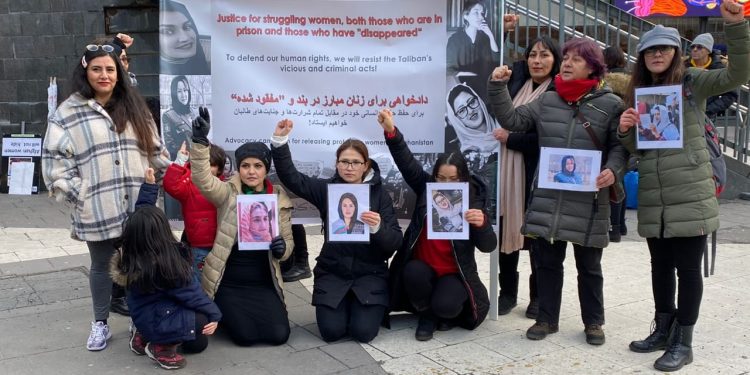 Protest march in Sweden and Germany with the slogan: Release detained girls

The international community is at the center of many ambiguities about the ongoing tragedy in Afghanistan. In the sense that they want the Taliban to release the detained women, but they do not obey.

The protest march is one of the manifestations of crises. The Universal Declaration of Human Rights, Civil and Political Rights, affirms the existence of the right to peaceful march for human beings regardless of the place and content of the gathering. Rallies are a tool for protesting government policies, human rights abuses and listening to the demands of the people. Therefore, holding a rally to convey the demands and show the state of human catastrophe helps to better identify and fulfill international obligations in this regard.

On Sunday (Feb 6), rallies were held in Sweden and Berlin, Germany, with the slogan “Release the girls in prison.” Many girls who immigrated to these countries recently gathered in front of the parliaments of these countries to petition the international community and international organizations. They say the rallies are set to last until March 8 and hold several times a week. The rallies, which were attended by Swedish and Germans, Afghans and Iranians alike, show the power of women and their solidarity. They believe they will put all their energy into suing Afghan women who stood up to the Taliban, are tortured, and kept in prison while no one knows whether they are alive or dead.

Women unanimously supported protest movements in Afghanistan and demanded the release of prisoners in captivity as soon as possible. Protesters ask: “What have women done unless demanding(Bread, Work, Freedom)Why did not they release Tamana and Parwana and imprison other girls, such as Zahra and Mursal? Organizers are asking the world countries and the international community not to recognize the Taliban.

Each of the participants gave a speech and the support of Afghan women was the main part of their speech. The demonstrators issued a statement saying, “The women protesters in Kabul called on the international community and human rights organizations to do something to save their lives. The Taliban continue to torture and kill.” This terrorist group is trying to show off to the international community, while showing its true face, by killing the girls at night and increasing public pressure. It is clear to all of us that the Taliban are seeking to strike at the people, and we call on the world to take action to save us and our families. We demand the world not to leave female protesters, their families, and journalists alone.