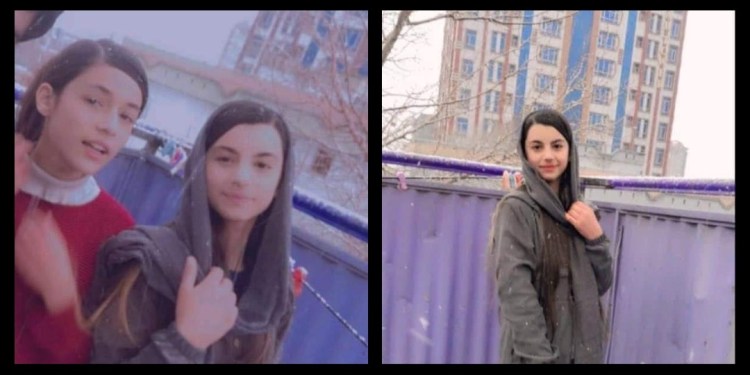 The increase of criminal incidents in Kabul; Eidi Mah and her daughters were suffocated

Criminal tensions have risen sharply since the fall of the regime on August 15 and the re-emergence of the Taliban terrorist group, most recently unidentified gunmen killed a woman and her two daughters in Kabul. The woman’s relatives narrate the tragic death of her and her children. The Taliban, however, say they have arrested one person in connection with the incident.

Simultaneously with the complaints of a number of citizens about the deteriorating security and criminal situation, the death of a woman and her two children by unknown individuals was reported by the media on Tuesday (Feb 7).

Eidi Mah and her daughters, Musreya and Monawara were brutally killed by an unknown person at around 3:00 p.m on Tuesday in the Aladdin intersection, in the sixth security district of Kabul. Eidi Mah relatives tell Nimrokh that she and her ten- and fourteen-year-old daughters were suffocated by a man who had been their driver in the past.

According to them, the unknown person first suffocated the three people and then opened a “gas balloon” to stage the scene, so that the murder would look like gas poisoning.

Eidi Mah was an employee of the Ministry of Information and Culture and was killed in a financial dispute. According to her cousin, she had no personal enmity with anyone and was killed when a man named Ramin tried to extort her gold.

Meanwhile, following the news of the mysterious killings and abductions in the capital and provinces, a number of Kabul residents have expressed their concerns to Nimrokh over the situation, adding that the number of criminal cases has recently risen again and the number of cases is increasing daily.

“The increase in crime is partly due to the economic problems of the people,” said Muzammal Mohammadi, a Kabul resident. “A number of people are doing anything because of hunger,” he added. However, a number of fellow citizens call such killings “brutal” and stress that there is no justification for criminal crimes, especially in such incidents.

A Taliban spokesman told Nimrokh that a man had been arrested in connection with the killings of Eidi Mah, Musreya, and Monawara. According to Aqil Jan Azzam, the Taliban deputy interior ministry spokesman, the detainee has pleaded guilty and his case is being investigated. However, a video released of the detainee shows that he confessed to the murder and said that the motive for the murder was family problems. It is worth mentioning that the increase in criminal cases such as murder, kidnapping, and arbitrary detentions has recently increased in the capital and provinces, which has made citizens of the country more worried. These days, poverty, hunger, along insecurity and crime, have made people’s lives more difficult.