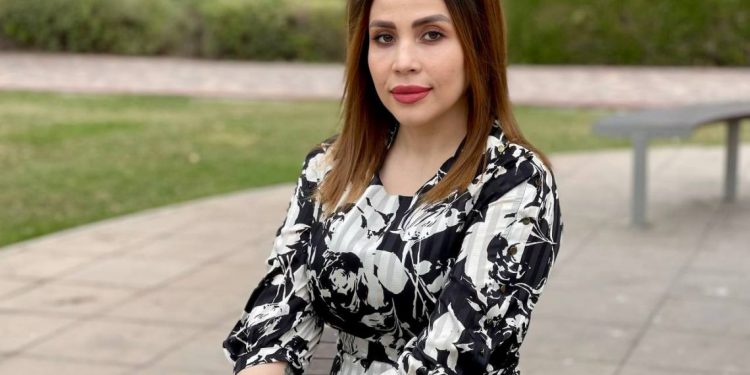 I remember Valentine’s Day last year, February 14, 2021. Sometimes a person is afraid to go through his/her memories and sometimes a few memories is worth whole life. February 14 last year and the crowded cafes of Pole Sorkh. There was war, explosion, suicide attack, but still, there was hope, and Kabul, with its ever-present courage, was still the most vibrant city in the world, and life was still going on in its weary arms. On that day, in the small hands of the children, there were no more espand cans. Bouquets of roses, bouquets of red heart-shaped balloons made the Kabul sky more beautiful than ever. The Mim team stall at the corner of Pole Sorkh intersection was crowded with small, handmade gifts. Kabul confectioneries were selling cakes with romantic designs. Kabul Flower Shop Alley was busier than ever, with many tables already booked in Kabul restaurants, and unlike other days, Kabul’s face looked happy and smiling. Kabul may witnesses its people saying” I love you” for the last time.

I come back to today, February 14, 2022, and so many more working children there are than before. Cafes that have closed one after another, florists that no one has bought flowers from for months, and cake shops that do not have any romantic designs on the cakes for fear of the Taliban, restaurants that are afraid of accepting young girls and boys, and young boys that are jobless for months, the sorrow of bread has become the greatest sorrow of their lives and the girls who live in home captivity without any sin, Kabul that painfully witnesses all these hated moments and is more broken and worn than before, Kabul in which life has stopped and the loves that are kept in throats and so many lovers have become stateless due to the crime of being Afghan and did not even have time to say goodbye to their beloved.

A few days ago, the bookseller from whom I always bought books sent me a message listing his long list of books. Romance novels are no longer allowed to be sold in Afghanistan. He loved his job. The bookstore in Kabul does not make good money, but he liked his books very much, and he was probably one of the few booksellers in Kabul who read all his books, and every time I entered his bookstore he was reading a new book. But now he has closed his bookstore forever, and with a thousand fears to support his family, he sends a message to his regular customers through an unfamiliar Facebook account that they can buy his books at any price they want. I wrote to him that I was no longer in Kabul and I did not know why I suddenly remembered Fakhrieh. Fakhrieh was an artist who had a painting gallery. With the arrival of the Taliban, she buried all her paintings in the ground of her grandparents’ house, and she unwillingly emigrated. However, she was afraid and said: “I am afraid that someone will inform the Taliban and my family will be harassed because of my paintings.” She had a guilty conscience and after emigrating she asked her family to burn all her paintings, which she used to stay awake from night to morning to paint. What she could not dare to do. I remembered Mina, Mina had a cafe on Pole Sorkh. I remember that on Valentine’s Day last year, Mina set up a small table in her café to sell products of girls who lovingly created handicrafts with their artist’s hands as Valentine’s gift to support and encourage them.

Mina did not receive any financial contribution from the sale of women’s products, and on the official page of the cafe, she asked her customers to buy Afghan products from Afghan women sent to her from remote corners of Afghanistan instead of Chinese and imported products.

And  how beautifully Abdolhossein Zarrinkoob says that “Shams knew that when love is not all your being it is nothing”. And today in my country, “love”, this sacred word, is a great and unforgivable accusation; But is life possible without love? For me, Rumi is the prophet of love. Was not Maulana Sayed Jalaluddin Balkhi a true Muslim and religious scholar? Anyone who knows from the text of Rumi’s life has also understood that Rumi was only a religious scholar, a teacher, and a researcher before meeting Shams. But all these did not make him Maulana which changed him from Sayed Jalaluddin to Maulana was his meeting with Shams. It was Shams who gave him a gem called “Love”.

According to Rumi, even before meeting Shams, he was a dignified priest. He was a cleric and a scholar, with information that was respected by all people, but this dignified priest was by no means Maulana. In the book “Romantic Gambling” written by “Dr. Abdul Karim Soroush” it is stated that Shams offered Rumi a gamble, a gamble in which there was no hope of victory. Shams told him that your only reward is that you can participate in a gamble in which there is no hope, if you have this courage, the same reward will be given to you and Maulana accepted.

This gambler not only does not wish to win, but his only wish is to gamble again. Yes, love requires courage. It needs the heart of a lion. You feel alien even in your homeland if there is no love. Today, Afghanistan is a country where its people feel alienated and feel that this homeland is no longer ours. Love is the gift of God to the creatures and the dark heart does not accept this gift and there will be no place for love in a heart full of hatred and envy.

My land will one day stand on its own two feet again and my tired Kabul will become the most vibrant city in the world again. The pulse of life will beat again in Afghanistan and the florists of the city will give the branch of the red flowers of Mursal and Rose to the people. One day, the sound of live music in the Sufi restaurant will be heard again, and the day will come when the laughter of the girls of the city will fill the atmosphere of the Pole Sorkh cafes. Yes, life revolves around hope, and in the words of Nader Ebrahimi, “they have made hope for bad days and a lamp for darkness.”