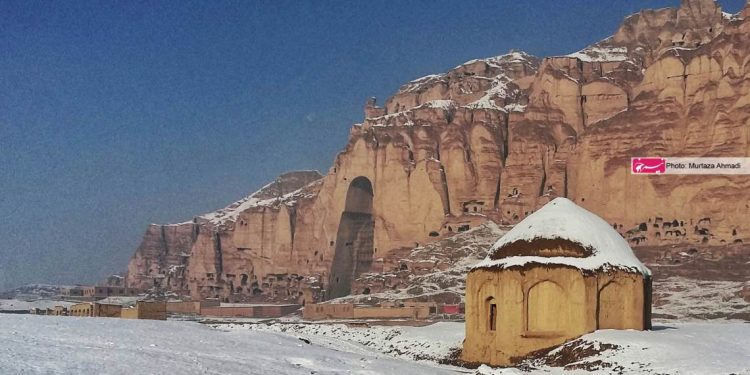 Fatemeh Rezaei lives in the foothills of Bamyan province. She received her bachelor’s degree from Bamyan University, and after graduating, she worked as a reporter for Radio Salam Watandar and later worked as a social worker in rural development in the implementation of World Bank projects.

“I had a good life, doing my job was both a source of income and a hobby, very enjoyable and relaxing; But after the Taliban took control of Afghanistan, I lost that quiet and carefree life, and now I am sitting idle in the corner of the house, dealing with the thousands of economic problems and sorrows that have befallen me and all the people. Ever since the Taliban came to power, the roof of happiness and aspiration has fallen on my head, and poverty, hunger, unemployment, life, and survival have become almost impossible for me, and the roots of hope have been uprooted from my heart.” Ms. Rezaei told Nimrokh about her life before the Taliban.

The fall of the previous government changed the lives of all people totally, women were marginalized, schools and universities were closed to girls, and Afghanistan’s overnight went back twenty years. All people; Especially women, from August 15, recorded sad memories in their lives diary. Fatemeh also told Nimrokh from that day: On the day that Bamyan fell, I was coming to Bamyan from Waras district, all the people were in a hurry and they were escaping to Yakawlang, Waras, and Panjab in groups from the center of Bamyan. There was terror in the faces of men and women. I was scared too. When I arrived in Bamyan, I saw the Taliban flag raised in the corners of Bamyan Bazaar, and a tremor of fear filled my whole being. In those days, as unemployment continued, hunger and rising commodity prices became more deadly, and I do not think things will get better.

Ms. Rezaei believes that with the dominance of Taliban fighters, domestic violence, underage marriages, and child selling have intensified in Afghanistan, and the reason for all this is unemployment, poverty, and destitution. The Taliban have plunged women’s lives into a dungeon of barbarism by seizing women’s human rights and removing women’s social, economic, and political rights from the governing body and beyond. And their extremist beliefs and brutal behavior have made life as difficult as possible for everyone.

“Although several months have passed since the Taliban occupation and they are still opposed to women’s social, educational, political and economic activities, it is not clear in the future what decision they will make towards women and the imprisonment of female protesters, I am convinced that no good and bright life awaits the women of Afghanistan.” Ms. Rezaei told Nimrokh.