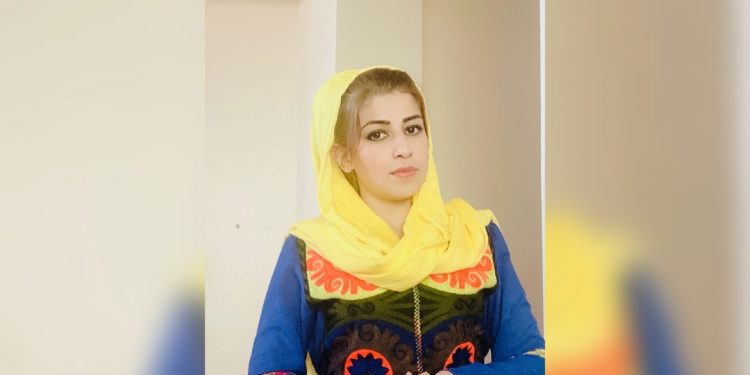 To the Taliban; You can not weaken the demand of women with your coercion and ridiculous play

The Taliban, as a group of students who have been taught in Pakistani religious schools or the centers of training extremist and terrorist groups and have used religion as a means to pursue their political goals, has made life miserable for the Afghan people. For the second time in mid-August 2021, after occupying all the provinces of the country and the fall of the republic, entered Kabul. Afghan women who had established a position and were able to enjoy their social and political rights; were once pushed to the margins and, the Taliban resorted to their genocidal barbarism to eliminate them. When the Americans and the Taliban delegation started the peace talks in the presence of Afghan government representatives, women inside the country used every opportunity to express their concerns about the disregard for women’s rights and their systematic elimination; Although the world and the parties involved in the Afghan peace talks knew very well that the Taliban’s domination of the country is a great danger to the twenty-year achievements of the women of this country.

However, following an agreement, the group came to power and took over. When the Taliban announced their presence at a press conference at the government media center, they closed the gates of schools to girls and did not allow working women to enter their offices which encouraged women to protest spontaneously and indigenous against inequality, injustice, and patriarchal rule of the Taliban; The protests of women in the country were completely civil and peaceful, and they began the fight with the slogans of Bread, Work, and Freedom. At first, the Taliban tried to use force, beatings, and threats to prevent women from walking out to the streets, but eventually realized that Afghan women had recognized their position in society for the past 20 years and demanded justice, equality, and freedom. Women have faced a host of challenges and fought and sat in an atmosphere of terror caused by Taliban attacks and inhumane tactics that disrupted the normal life cycle in the country. They have passed struggled a lot to reach the position that the Taliban destroyed overnight. For the Taliban, confronting a group of intelligent, elite, and courageous women is more difficult than fighting on the battlefield, so they resorted to a more dangerous method, which discloses their identities and goals, first abducting the protesting women in a very mysterious way later in the Oslo and Swiss meetings, the news of the arrest and detention of women was completely denied.

During the six months that the Taliban have been in power in Afghanistan, we have repeatedly seen the lack of coordination and agreement between their decisions and their comments due to a lack of governance knowledge and illiteracy. It ultimately leads to inhumane decisions and their involvement in violence, while the acting foreign minister of the Taliban and their representatives are begging the international community for international legitimacy. A group of their fighters has been ordered by Anas Haqqani and Siraj Haqqani, who must have been the masterminds of the suicide attacks, to abduct and detain the protesting women and girls. Again, it is noteworthy that the Taliban, in addition to lacking the ability to govern the country and governance, did not have a proper understanding of the society on which they imposed their crime and sought to eliminate a large and important part of society (women). At the same time, they are struggling to gain international legitimacy.

The Taliban initially denied the arrest of the protesting women, claiming that the video, which depicted Taliban affiliates entering a protester’s home illegally was fake and the women were seeking to file a case but after detaining a large number of protesting women and girls individually, they arrested a group of protesting women following an armed attack and confiscated a videotape of them which is recorded under whipping and torturing.

By releasing the video, which bears a strong resemblance to the Iranian government’s misogynistic and patriarchal actions, the Taliban proved that they did not commit themselves to any kind of law and relied on their authoritarianism, crime, and stubbornness.

In a video released by the Taliban Interior Ministry, one can see the intimidation in the eyes of the women and it is clear they were subjected to psychological pressure and physical torture to give in to these forced confessions; The Taliban have been the primary violators of women’s rights in the first period of their rule and the last twenty years, and there is ample evidence of how women have been prosecuted and punished in the areas under their control.

It is not at all unexpected for us that the Taliban tortured women mentally and physically and forced them to speak out against their demands. While the Taliban are proud of the 20-year war that has led to the destruction of a country and a nation, they call it jihad against the occupation and call themselves the flag bearers and heirs of Islam. Are not these Mullas bored of torturing people, especially women?

In the end, I can say explicitly that; By plotting to force women protesters to lie, the Taliban can not silence our voice for justice and this video strengthens our will to fight together to achieve our legitimate aspirations; The voice of protesting women is the voice of the suffering community of Afghanistan and the release of such hand-made videotapes cannot diminish the greatness and legitimacy of women’s civil and legitimate struggles.