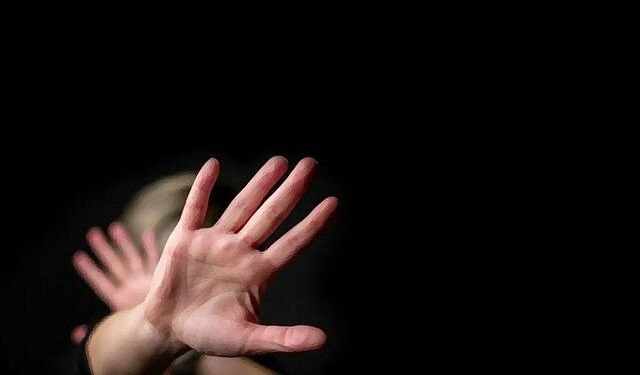 “After the arrival of the Taliban and the unemployment of male family members, domestic violence has increased more than ever because the men think only women are responsible for doing all the housework.” This is a quote from “Raha”. A student who has witnessed an increase in violence by men in her family believes violence against women will never stop.

Afghan women have been ignored in society since the formation of various governments in Afghanistan and have been subjected to various physical, psychological, and verbal violence. In the last two decades that Afghan people experienced a semi_democratic system, Afghan women have achieved relatively few basic rights which were not easy. But access to these rights was limited to big cities of Afghanistan. When women were abused in big cities, there were governmental and non-governmental organizations sued them. After the fall of the previous government, pro-women organizations such as the Ministry of Women’s Affairs, Safehouses, and Human Rights Commission ceased their activities.

After the presence of the Taliban, many women who worked in private and government institutions lost their jobs. Many women were in charge of their families. Men who are no longer employed and forced to stay at home have often resorted to verbal and physical violence against women in the family.

“Underlying factors such as societal traditions, poor communication skills, problem-solving and emotion regulation, or emotion management, can be the most fundamental contributors to violent behavior in the family,” says Sarah Ahmadzai, a psychologist and university professor. Apart from the underlying factors, other reasons perpetuate this violence such as the type of attitude about gender and the mechanism for resolving conflict and tensions. But this violence does not end here. Other important factors make this violence continue. The most important factors in the continuation of this violence are the poor management of government, poverty, unemployment, and the lack of justice institutions.

According to Ms. Sarah, the Taliban’s dominance can be considered as a strong reason for reinforcing and shaping domestic violence. But there are other things to note: The current situation is the trigger for violent behaviors against women, in which case a combination of factors such as job loss, poverty, and economic problems, the dominance of extremist attitudes in the education system leads to violent behaviors.

The fundamental question is: why are most of this violence perpetrated by men against women? Violence by men can be considered as a kind of traditional attitude prevailing in society and as a kind of appropriation and domination that the patriarchal system has imposed on men.

Ms. Sarah further emphasizes that a suitable environment has not been created for children, adolescents, and women to express their complaints and experiences about violence perpetrated against them by men. Failure to report violence also leads to the empowerment of men, which leads to more violence. The pre-defined division of the role of women and men in the family, in which men have to work outside and women inside, has challenged the extent of understanding between the family. Because women are responsible for raising children and the mistakes that are made by children; Women are criticized in the family and experience violence in different ways.

The arrival of the Taliban, a highly anti_feminist group, has intensified the violence. Now women are being questioned not only in their homes, but also on the streets, and all their affairs are being investigated by the Ministry for Propagation of Virtue and the Prevention of Vice.

Amnesty International recently announced the closure of safe houses that sheltered and supported women protesters. When the Taliban entered Kabul, the women of the safe houses escaped from the Taliban and took refuge in families who had one day escaped from.

A number of these women have reportedly been killed by their families and the Taliban. There is no institution to document these Taliban crimes. Women and their families do not dare to raise their voices and sue for fear of their lives. It is clear to everyone that women may experience different kinds of domestic violence, but the government and the institution no longer help these women. If there is a voice, it will be silenced by the Taliban as easily as possible.