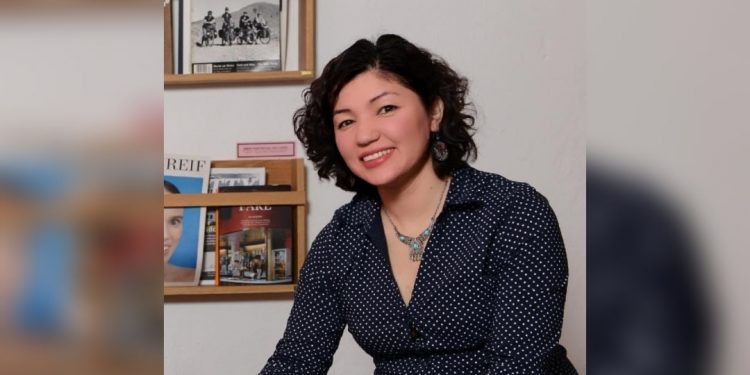 How are women’s thinking and attitude shaped and spread in a traditional society?

Answering these questions requires a multidimensional look at the structure and culture of a traditional society. For example, if the society’s public opinion or the constitution of the country is based on religious teachings, this issue should be sought in religious texts and the definition of the role of women in these texts. In many religious texts, as it has defined a special role for men, including legislation based on religious values, purification of society from abnormal behaviors and fighting behaviors that are against religious values, the role of women has been described as obedient. This means, in the best case, a woman can only play her role as a clerk in the executive branch of the religious state, and she can not be a lawmaker. This means that women’s thinking is not worth using in the religious legislature. The other dimension is the economy and providing the cost of living in the family. In a traditional family, the role of women is fully defined in the context of traditional society. In such a way that the woman’s role is limited to the home. Even if she wants to help provide expenses, she has to work at home or if she wants to work outside she is allowed to work as a servant at rich people’s homes and do things like cleaning the house, washing clothes, taking care of the children of the family and cooking, while the man has more opportunities to earn money through better jobs, even with less literacy and knowledge. The other dimension of this issue goes back to the physical strength of men, along with the support of Sharia-based laws for the traditional man in a traditional society.

Although the man commits violence at home and beats family members, especially women and girls, there will certainly be an excuse for it. If a woman shows the same act to a lesser extent and even in defense of herself or her children, she will not only be sentenced by the law but will also be severely judged by society as an evil and rebellious woman. These dimensions require each to be evaluated separately and in its field. But this article only briefly looks at the situation in Taliban-controlled Afghanistan and the new laws that are carried out.

What will the new system achieve for the people, especially women? This is at a time when poverty pervades the whole society and there are families who not only have no income but also do not have a man to provide for them and take care of the house and family. Families whose males are either old, weak, and disabled, or long years of war and social violence and death or migration have split out families and eliminated males. What should women do now and in this new system? Do they have any other choice except to protest loudly and convey their inevitability to the new regime in this way? However, the new generation does not accept such rules and buries all their talents in the house. Let’s take another look at the first question in this article. How are women’s attitudes shaped in a traditional society? The way goes back to the right that traditional society gives to certain individuals, often men, based on traditional structure and traditional religious values. Men whose thoughts and ideas benefit less from current knowledge and rely more on their religious data. Of course, when outputting this data, one’s taste and thinking will certainly be added. Men who are narrow_minded can not tolerate women as equal positions or co_worker in their social system. Such a system deviates from the values ​​of democracy and basic human rights, and by presenting narrations and anecdotes, interpreting Quranic verses in favor of its values ​​in the context of society, and sending it into homes, obliges family members to recognize their position based on gender and accept their roles. In a society where there is no voice for individual freedom and democracy, surely everyone obeys these commands and accepts their roles as a woman or a man.

That is why the Taliban violent system uses a whip against every voice to stifle the movement of civil rights activists who are aware of their human rights. Of course, these movements do not stop with flogging, so they need to use other tricks. The Taliban system cleverly copies these tricks from the morals of a traditional society that has been at war for many years and has a pessimistic view of past and present events. It is not difficult to discredit these civil movements, which are mainly organized and involved by women, in public opinion, and through society. Given the severe and long-standing corruption in the state system and civil society in the last two decades, people remain in poverty and trauma, seeking hope in the new social system, considering these movements a left part of previous governments and corrupt system. A society whose back was broken under the corruption of the previous government and witnessed only the building of apartments and the amassing wealth of certain circles is turning away from these movements and helping to advance the goals of the new Taliban regime. The Taliban are well aware that they must use all their resources now and forever to divert public opinion from sympathizing with the protesting movement.

For this reason, as they systematically engage in modeling the good woman and the bad woman in public opinion in the context of society, they make every effort to lead the protesting women into isolation and social exclusion. In the Taliban regime, good women are women with long, head-to-toe coverings who, along with Taliban men, detain female protesters to serve the Taliban regime. On the other hand, by taking forced confessions from women protesters, they show society that these movements are nothing more than the moral deviation of a certain number of women at the behest of foreigners. The Taliban are now sowing their seeds in the context of society and in the public opinion of people who are tired of war and struggle with hunger so that when it is harvested, neither woman consider herself as a human being nor a man understands the meaning of freedom and equality. It is important that all those who work for freedom and equality in Afghan society first prevent the spread of Taliban ideology among women and do not allow their attitudes to be shaped by the Taliban.

Therefore, it is obvious that there is a need for continuous work on the part of conscious and egalitarian men and women to act based on human values ​​and gender equality. Also now it is time for thinkers and women’s rights activists inside and outside Afghanistan to unite and take an active part in the intellectual struggle against the Taliban’s fundamentalist regime.