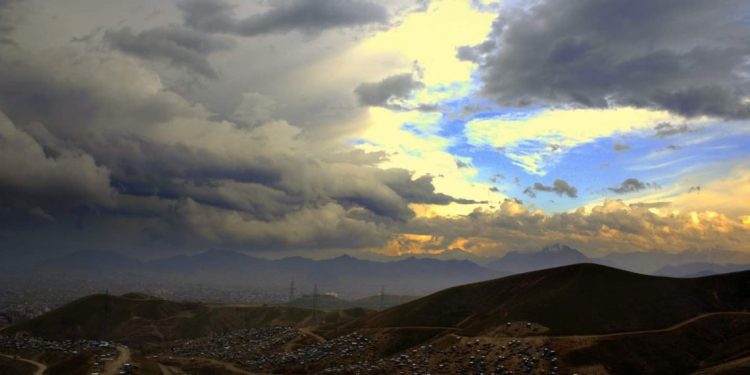 He tore the sheet and said; We do not fund foreigner’s slaves

It was the second day of Nowruz and I was coming down the hills of Omid Sabz town slowly, the pleasant wind of spring was caressing my face. As I was coming down, my eyes fell on the cemetery on a smaller hill at the foot of the Enlightenment Movement’s hill, where a woman with three children was sitting on a grave, and I think she was reading the Qur’an.

I approached them and a girl about ten years old offered dates, and I thanked her. The girl smiled, her eyes were wet and she was saying something slowly; Perhaps a Surah from the Qur’an for the happiness of the soul of the person in the grave. As I got closer to the grave, I tried to read the inscription of the grave to find out who was buried in it. It was written in cursive and green, “We sacrificed ourselves to keep you alive.” Below that, it was engraved in red color “Martyr  Rahmatollah Rezaei”.

I guessed that the grave belongs to the husband of the woman sitting on it, I stood a little farther away and tried to talk to one of the children. I called the youngest boy; what’s your name? He said Mehran.

The woman got up from the grave and said, “Hello brother, Happy New Year,” without waiting for an answer continued: ” I hope we experience a good year this year and people feel safe. I lost my husband seven years ago, I must raise three orphans alonely.” I said; “Happy new year to you too. I hope the same.” I asked, “What are you doing here?” She said: “I lost my husband on Nowruz seven years ago. From then on, I never thought of having fun. It was almost seven years ago that my husband was killed in an explosion in Ghazni province.” She points at her son and continues. Mehran was not born yet, I was seven months pregnant when my husband’s body was brought from Ghazni on the second night of the new year. I was not informed of what happened. My brother came and told us to go to the mosque. I asked why?, he said to pray, I doubted but we got ready and left. When I reached the gate of the mosque, I saw our relatives, but I still did not feel anything. I had just arrived in the middle of the courtyard of the mosque when my mother-in-law screamed and ran towards me and said poor us. They killed my son.”

I made sure that the person in the grave is her husband, maybe she had not told anyone about her husband for years, and she honored her husband who fought those who are in power and closed girl schools proudly. She wiped away her tears and asked her older daughter for a bottle of water. When I looked at her daughter, her eyes were red and she longed for a happy moment that could put a little smile on her face. I could not say anything, I was waiting for one of them to speak. The lady herself started again. “When my mother-in-law said that, I no longer understood what had happened. When I woke up, I was in the hospital and saw my sister talking on her cell phone. I remembered what had happened again, every time I screamed I felt hatred in my throat and my voice would not come out. When the doctor came, he told my sister that surgery was needed unless the baby might die. Three hours later, I had an operation and Mehran was born. My husband always dreamed of having a son. “He buried his dream with himself and we buried our happiness and future with him.”

But I was thinking of Rahmatullah Rezaei, what name he would like to choose for his son, who was being born. Was he thinking of anything else except death while the blast was mutilating his body?

We moved little by little and came down the narrow path that connected to the public road. I asked the older girl what her name was, she said: “Bigom”. She is 19 years old and would have attended eleven grade if the narrow_minded Taliban had not ordered the closure of girls’ schools to gain political goals. She is a girl with almond eyes and black hair.

She spoke fast and still feel hatred in her throat as if a bite had stuck in her throat and no matter how hard she tried to swallow it, she would not succeed. She coughed and said in a voice full of despair.” When my father was martyred, I was 12 years old and in the fifth grade, I thought losing someone only means absence. I never thought that not having someone like my father could bring all the sorrows of the world to me. When my father was buried, I thought about the things I wanted to have like a school uniform, bag, and… Who will buy them for me?

But when I saw my mother weaving carpet until midnight to provide for our expenses, I understood what the absence of a father means and we will never feel happy.

Her mother interrupts her words, maybe she wants her daughter to remember the bitter days of the past less so that she can stand up to problems. She must have thought about the difficult situation in Afghanistan these days and what hardships her daughter is going to face to keep up and get her simplest rights. But Bigom, like many girls who are imprisoned every day, was harassed, and this was evident in her voice when she talked about school. She tied her scarf under her throat and said, “It was horrible when we were not allowed to enter the school. Early in the morning I got up with indescribable enthusiasm and went to school, I saw that all the girls were outside, I first thought something happened inside. When I arrived, many of my classmates were crying. I asked what happened? They said girls are no longer allowed to study. Nothing came to my mind and I once thought of my father and all those who had been killed in the war; What for ?! But surely my father fought in the hope of something, or my father and many others who fought against these savages were not killed at all, this was not our day. I wish my father would understand that his blood is being trampled and even his daughter’s future is being gambled on.

I had nothing to say to them but to accompany a cold sigh, which everyone uses these days to comfort each other. “I used to receive a little fund from the government, and I used to weave carpets myself to provide rent, and food and shelter,” she said. Even while distributing aid, they do not give it to us because my husband was in the military. A month ago, they were listing widows. When I was about to write my name, one of the Taliban members asked, “What happened to your husband?” I said he was killed in the war. He asked:” was he militant? I said yes. He tore the sheet and said: We do not fund foreigners’ slaves. I begged but he did not accept and they forced me out. Now I do not know what will happen. “My husband was killed for his dreams, and the responsibility of these three orphans was left to me. We may die due to hunger.”

When we reached the bottom of the hills; My shoulders were heavy and I felt countless regrets. When I said goodbye to Mehran, he held my hand tightly between both his hands and said in a special childish tone that was accompanied by shame, “Dear uncle, can you buy me a kite?”

I do not know how much Mehran has buried a wish in his heart and has not been able to tell anyone about them. I think of Bigom and Rukhshana who have no dream but reopening schools.