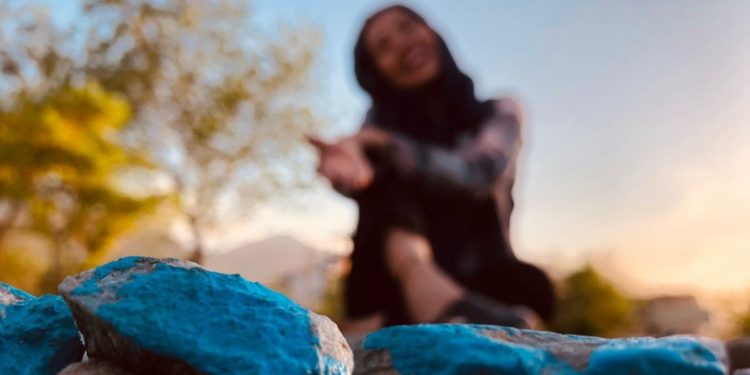 Homelessness does not end in statelessness and hunger, it becomes a nightmare for a lifetime

Her name is “Samira”, a girl of medium height and short golden hair. She speaks fast as if she has little time to speak and wants to say everything she has to say; But when she walks, her steps are not as fast as her speech, and not even as firm as her tongue. The way she speaks is so different from the way she walks. Her words are energetic and powerful but she walks and looks tired like a bird in a cage, screaming for freedom, but unable to fly.

As we were walking to where we could sit and talk more, I asked her how she was; ‌she laughed out loud and said nothing, ‌ those passing by looked at us for a few steps. Maybe they were right, Kabul and Pole Sorkh have been silent for months. Pole Sorkh used to be filled with the laughter of female students going to school. Even the peddlers, who kindly offered the flower to passers-by, are now impatient and irritable.

We entered one of the restaurants. When she took off her mask. I noticed that her hands were rough and strong. She also noticed that I was looking at her hands. She looked at her hands and said: “I lived in Iran until I was 18 and I had to work in brick kilns with my father to make a living. I prepared so many bricks for not being hungry that if I could work for myself, I might have a palace now.” She laughs by herself, perhaps laughing at how having a palace came to her mind. Or she thought dreaming of having a palace is not right for her. She continued: “It was a difficult period, I went to school for half a day and then I had to work, ‌ when I came home from work my sisters and I would weave carpets until midnight. That way we could survive. I was honestly scared to ask for help, and they always looked down on us Afghans.”

She talks about her addicted father who has never been a good father to Samira, and about her brother who never support her as well as about the boy she loved and his family who did not allow them to marry because Samira’s father was addicted. “Muhammad, a boy who was different from everyone, or at least was like that to me, rarely we talked to each other. When we decided to come to Afghanistan, Muhammad told me: “Three months later I will come and then we will get engaged, but his family had made another decision for him that none of us knew about.” It had been four months since we arrived in Kabul when I heard that Muhammad’s family arranged traditional marriage without his knowledge. Muhammad could not disagree with his parents and was forced to accept. I never blame Muhammad, the most pain I have ever suffered was caused by my father. If he was not addicted we would have a different life.”

When she spoke about Muhammad, her tone of voice changed and she tried to speak slowly and gently so that she evaluated the word before saying it. “When Muhammad came to Kabul for his wedding, he apologized to me that he could not fight for us to be together. That was enough for me, and it assured me that he loves me.”

Samira studied in Iran until the 11th grade, and when she returned to Afghanistan, in addition to being an employee of the Ministry of Interior, she received her bachelor’s degree in law. Also, she could gain her Masters’s from Kateb University before Afghanistan fell to the Taliban. When I ask how things are for her she ties her hands and says: “When Kabul fell, I lost everything and had nowhere to go. Many were taken to better countries and some took refuge in neighboring countries themselves, but I had experienced immigration and I knew that immigration and displacement was the only thing I could no longer tolerate. I spent my childhood years with clay, and cement and hearing dirty Afghan. I did not understand how I grew up at all, I understood my adultness when I was raped.”

She cries and her hands are still tied, rubbing her finger on the tattoo engraved on her left hand, she says, “I pulled this tattoo here so that I do not forget how a woman can be broken and go on again.”

When I looked at the tattoo, I saw the shape of a girl who had wings like butterfly wings on her arms that were about to fly, and something down from her fingertips. She sighed and continued, ” Homelessness does not end in statelessness and hunger. Sometimes it causes a disaster that becomes like a nightmare for a lifetime and there is no way to eliminate it except that you have to accept that it is part of homelessness and that is all.”

She talks hard about how she was raped and, like most girls who have experienced many things that are not easy to talk about. She says while crying: “I was attacked. When I resisted, they stabbed me in the right knee. When I fell to the ground, I fainted. Then that terrible thing happened and I will never forget it.”

She wipes her eyes, picks up her glass of tea, takes it to her mouth to drink and remembers something, puts the glass on the table again, and as if staring at an unknown place, says:” To be honest. From that day on, I thought of how I could take revenge on myself and all the women who were victims and did not speak; I did not think about anything, I studied law to become a lawyer and got a master’s degree, I worked for the Ministry of Interior to have the power to act, even though I was afraid of all men and I am still afraid. I am not afraid of gentlemen, I am afraid of men who are like animals and have no understanding of being human. I was harassed many times in my office, but I punished them even one of them left his job.”

She talks about the good days she had before the fall of Kabul, but with passing each day, she becomes more frustrated and is afraid of thinking about the future that she does not know what awaits her.

“When these words of mine are published, I hope I will not be judged, and these words are the heartache of many women who have remained silent and none of them are asked. If you want to be a good father, pay more attention to your daughters. Being a good brother doesn’t mean being zealous for your sister. Talk to your sister and understand them.”

Her cell phone rang, and when she answered, she said with a smile, “Hassan, ‌ darling, let’s go home together.” I asked about Hassan, she said: “Hassan is the only one who understands me and loves me, I have not seen a man with his patience, he understands me better than myself and I love him, we have been engaged for a few months and we are going to get married.”