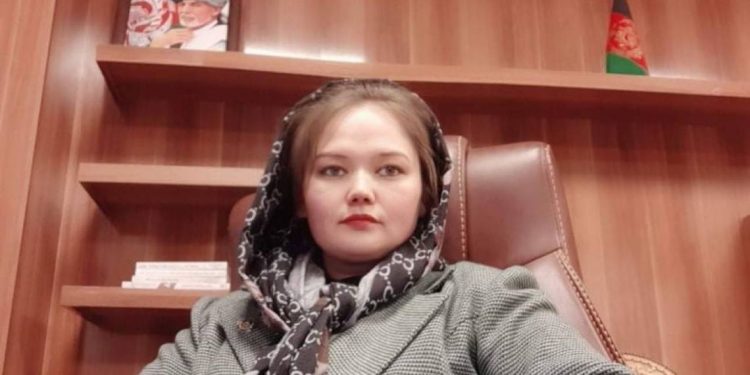 Struggle for nothing; The story of a woman who was unfamiliar with fatigue

Her presidency period in the Ministry of Labor and Social Affairs

In October 2019, when we got engaged, we were fully aware of each other’s dreams and goals, because, during the acquaintance and pre-engagement conversations, she had made it very clear to me that she was not satisfied with her achievements and her current duties. She told me” you have to be prepared to be the husband of a boss. I fully believed in her ability, because I knew her well.

Although most women are not interested in working in the logistics, procurement, and finance sectors, she had a strange desire to work in the logistics sector. When I asked her the reason. She told me seriously and decisively: “Procurement is one of the most corrupt sectors of government administration, and I want to work in this sector to prevent corruption as much as possible. To be able to fight corruption at the senior level, I have to be the head of procurement for a government agency. Based on this well-defined dream and goal, after three years of working in the Ministry of Energy and Water and obtaining her master’s degree, she was fully qualified to compete for the post of director (post 2), so when the post of director of procurement of the Ministry of Labor and Social Affairs competed through the Administrative Reform and Civil Service Commission; She was one of the first people to register for this seat in the electronic system of the Administrative Reform Commission. At that time, the use of electronic systems and computerized examinations for the first and second posts had just begun by the Administrative Reform and Civil Service Commission, and to be honest this system was one of the most transparent human resource systems in the country through which dozens of educated and motivated youths

reached high-ranking government positions without any political support. One of them was my wife a successful candidate for the Department of Administrative Reform after passing a computer-based exam and an interview with the highest score for the Ministry of Labor. According to the Civil Service Law, the approval of the first and second posts was reserved for the President; however, the proposal had to be signed jointly by the head of the Administrative Reform and Civil Service Commission and the first person (minister or director-general ) of the relevant department and sent to the office of the President.

A week had passed since she received the e-mail informing her of her success in the competition, but there was no news of the progress of the recruitment process and the acquisition of the Presidential Administration. When we followed up on the matter through the commission, it became clear that the proposal to obtain an opinion had been signed by the chairman of the Administrative Reform Commission and was awaiting the signature of the Minister of Labor and Social Affairs. We went to the Ministry of Labor and Social Affairs, which was led by Bashir Ahmad Tahyanj. Mr. Tahyanj welcomed us warmly, but when it came to signing the proposal and obtaining an order, he expressed concern that the post was too controversial and responsible, and that it might be difficult for a woman to manage. As mentioned in the first part of this article, one of the topics that always aroused and angered her was a lack of belief in the ability of women, so when the minister finished talking, she began to list her accomplishments and outline her plans for the Ministry of Labor.

As I witnessed the scene, I saw how much happier and more hopeful the minister became with each description of her plans and goals for the ministry, and he was finally convinced that he could have full confidence in Khaterah Yusufi to advance the Ministry of Labor’s logistics.

About ten days after that appointment, her presidency was signed by the President, and she officially began her new mission as head of the procurement department of the Ministry of Labor. The Ministry of Labor’s Procurement Department had 25 employees, all of whom were men and older than their boss. This is naturally a big deal for a young woman in the patriarchal society of Afghanistan. But she understood the sensitivities with the skill she had acquired over the years working in different departments, and she also knew what an employee would like to hear from his boss because she was one day in the same position. Considering these points, as a first step, she organized a meeting and invited all the employees to that meeting, during which she introduced herself in detail and informed about her work experiences, education, and achievements in the field of logistics in a friendly way. Also as a logistics employee stated one by one all the problems that the employees of this department are facing. This changed the opinion of her colleagues in the Procurement Department, who also made sure that their superior was one of them and that she was well familiar with the work of procurement. At the end of her speech, she allowed the members present at the meeting to talk in turn about their problems and challenges and what they think would be the solution. The colleagues of the Procurement Department, who had just found the right person broke the ice and started conversing, described their problems, and suggested the possible solution themselves. At the end of the meeting, the work atmosphere of the Procurement Department and the mentality of the employees had completely changed. Now they became a team based on common experience, problems, and attitude and their manager was Khaterah Yusufi. The problem of colleagues’ coherence in the Procurement Department was solved in this way, but other problems such as the lack of cooperation of the needy branches (branches for which procurement was provided), the financial branch, the administrative branch, and the Office of Finance and Administration remained. The Deputy Minister of Finance and Administration, who was previously the head of procurement, did not agree with the appointment of the director of procurement. On the other hand, the Minister of Labor and Social Affairs, who had heard Ms. Yusufi’s speeches and plans and later her integrity convinced him to support the new boss. This caused the Deputy Minister of Finance and Administration not only to not cooperate with the Head of Procurement as a superior but also to instruct the departments under his influence not to cooperate with the Head of Procurement. Of course, the purpose of this work was to slow down the work process of the Procurement Department and ultimately weaken its new head, so that in the first evaluation of the year, she could be disqualified and fired. I, who at that time was not only her husband but also her counselor, patient stone, and stubborn supporter, was aware of each of her problems, there was not a night that she did not come home with a new story and a new problem. When I saw all the pressure and trouble, I was sure that if I were her, I would have resigned several times, but she stubbornly resisted and said: ” I consciously accepted this job and I had expected these problems. I will go ahead through my plan and I knew fighting government corruption is not easy.”

She had only one way to circumvent all the restrictions imposed on her. It was putting too much pressure on herself, her colleagues, and me.

That is, the work that was normal for 5 days had to be completed with great difficulty in one or two days, and if it was not finalized in the office, she would bring the rest of the work home with her and we would work together in night shifts. In this way, she was able to compensate for the time that was supposed to be intentionally suspended in other sectors.

When it came to mid-year appraisal, the deputy had no reason to show poor performance, and she eventually passed the filter, spending the first six months of her term as a civil servant on probation. After going through this difficult period, now the work morale of the other departments had gradually changed and they realized her good intentions, and all those who thought that they could stop the young lady by creating challenges and obstacles, now believed that she could not give up so easily. Therefore, she had little opportunity to implement her plans and was happy that she could now proceed according to the plan and vision she had prepared for the presidency, but on August 15, 2021, with the collapse of the Republic, when only two months had passed from her good working days, not only that her plans and administrative outlook were disrupted; Rather, the way of life and plans of all the people of Afghanistan changed and the beginning of the dark days began.