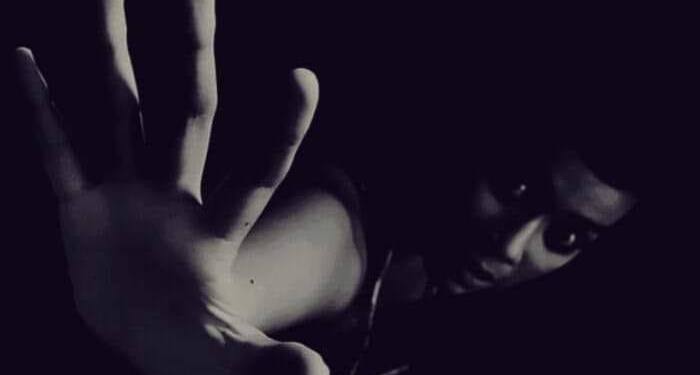 It is not possible to be born in Afghanistan and not face death directly or indirectly. Since the civil war, thousands of Afghans have been killed or encountered death and this five-word term has become an indispensable part of their lives.

I want to recount my encounter with death in these two and a half decades of my life, which is a piece of thousands, pieces that thousands like me, have crumbled to pieces over the years. I was born when the Taliban were in the first round of their rise to power in complete darkness; Now I hear stories of the massacre of this group in those days in the north and the central provinces from many people.

During my childhood, I often heard about the death of people on my father’s radio speakers, and sometimes I got involved with it. I witnessed the murder of a person near Ghazni city for the first time while I was traveling to Kabul for getting ready for the entrance exam. While ANA vehicles were passing by, a rocket fired from inside a garden, setting fire to one of the vehicles carrying the soldiers, and I saw one of them was burning, stumbling in the fire. Since then I have witnessed blood and death sometimes and touched it with my soul.

When I was in my sophomore year, the Enlightenment Movement was formed against discrimination. Young people and students made up a large part of the Movement. On July 23, 2016, when I arrived at Dehmazang Square with a group of my classmates, I never thought that this time I would feel death in a few steps and survive it, and finally, collect the dismembered parts of my friends’ bodies from the ditches.

On July 23, 2016, after the explosion, I fell to the ground due to the blast wave, when I got up, I saw a severed leg that was amputated above the knee, I still could not erase that image from my mind, and when I remember my friends who had been killed at Dehmazang, that image comes to my mind. From that day on, my fate seemed to be tied to the death of my friends. I always think about where and how I would lose my life due to a bomb or a mortar. This feeling is horrible to me, even though I have seen and experienced its worst.

The night when suicide_bomber blasted himself in the Sakhi shrine, I was in the dormitory of Kabul University. When I heard the sound of an explosion; I went to Aliabad Hospital to donate blood, I saw an 11-year-old boy who was taking his last breath and with his eyes closed, he was holding his hand in his mother’s arms. Her mother took the body of her 11-year-old son and her husband home at the same time, and I realized that the fate of an Afghan woman could not be except this.

Gradually, I came to believe that the Afghan people, and especially the Hazara people’s destiny tied to being killed, or at least that is true till now.

A few days later! The car carrying the employees of the Ministry of Mines was targeted and took one of our best from us (Engineer Ahmad Hossein Rahimi). That morning I was going to the university to see the results of the exam, I had reached the southern gate of Kabul University when I heard the explosion and I realized that the car of the employees of the Ministry of Mines had been targeted; I asked my friend about Ahmad Hossein Rahimi, whose phone number was unfortunately turned off and never turned on. We hoped he was injured and we could find him among the wounded who were taken to the hospitals, But we found him in the morgue of a 300-bed police hospital. I can never forget the images I spent searching hospitals and cremating corpses that had been burned and their brains dismembered, this was several experiences in which I felt death.

In the funeral ceremony, one of our friends who were later dead in the Imam Zaman Mosque explosion said:” We do not know how long we will survive, we better write our testament.”

A few days later a suicide bomber blasted himself at the Imam Zaman Mosque in western Kabul, killing “Khadem Hossein Behzad,” a symbol of hard work and morality. I do not know how he was placed in that gathering?

He always told others: ” Stay away from the crowd because the security situation is bad.”

That evening, when the terrible sound of the explosion was heard and I realized that it was near Behzad’s house, I was a little worried. When I called; His cell phone was off. I went to the place of the explosion and entered the mosque with difficulty and found his lifeless body in the arms of his sister. He was simply killed and his daughter will never experience her father’s kindness for the rest of her life. I see the breaking of his mother and sisters every day, how they bear the grief of their brother with all the problems of life.

When a sucide_bomber blasted himself in Mavod school, I was at a friend’s house in Dasht-e Barchi. I heard the news of the explosion. When I reached the site of the explosion, the smell of blood and death wafted through, and the screams of schoolgirls could be heard a few alleys away. We are Hazaras and out of compulsion and endurance, we buried them and we shed tears and lamented for them; But nothing has changed.

I do not know how long people can tolerate it and how I tolerated it during this time. I just know getting used to anything can be horrible such as getting used to dying and not complaining.

After retaking the country by the Taliban, Death has more visible faces and the feeling of killing can be seen in the faces of each of them, you should be silent in front of your death and not raise your voice. The sound of bullets is the most logical word you can get in response to your protests.

Nevertheless, this shadow of horror still does not leave us, and I came to the tragic experience of the fall of Kabul, which was no less than death for me, just a few days ago; we saw an explosion in Abdul Rahim Shahid Boys’ School. In fact, I do not jump at the sound of a bomb anymore. I said that getting used to death is more frightening than anything, we are used to it and the extent of our anxiety depends on the sound of the explosion. When there is an explosion, I say: “Thank God casualties were not more” This is death itself. However, I try to get to the scene sooner so that I can get a wounded person to the hospital sooner and prepare a new feed for the media with a few photos of them.

I have climbed up and down the stairs of death many times, seen the deaths of hundreds of people in these two and a half decades of my life, and the thought that I might die like this drives me crazy. But I endure and I accept that this is the funniest thing you can hear from a person who accepts his horrible death and that of his fellow human beings in this way and does nothing. in fact he can do nothing.