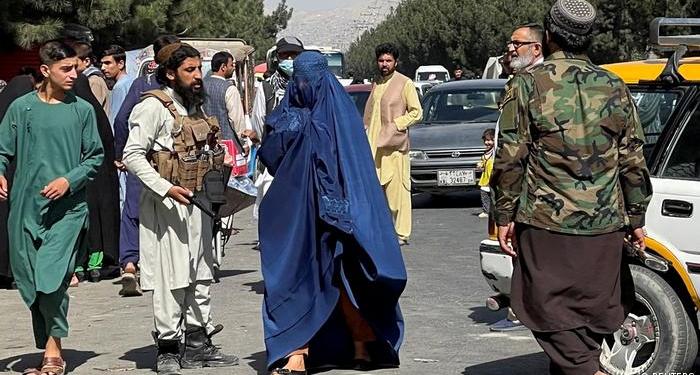 Islamic hijab; An excuse to oppress and marginalize women

The issue of Islamic and religious hijab in Afghanistan has gone through various stages and has always been used to suppress women and marginalize this part of society throughout history.

Jawaharlal Nehru says in his book (Looking at the History of the World): “It is astonishing to me that some people still accept and practice this barbaric custom. Whenever I see women wearing hijabs and hijabs separated them from society, It is a symbol of prison in my view. How can a nation move forward while half of its people are kept secret in some kind of prison?”

If we search for the origin of the hijab in Afghanistan, it goes back to the spread of “Islam”, when the Arabs or those who were fighting for them invaded and ruled this land. They also made the hijab mandatory. Men were separated from women and women were excluded from society, this is how the false culture of patriarchy spread, after which women were imprisoned within the walls of houses. Following the wrong culture, men have always tried to use women as an object to meet their sexual needs and to reproduce.

Burqa, which the Taliban consider to be the original Afghan culture, and they resort to violence to maintain them, does not refer to Afghan culture. Historical findings show this fact, as sculptures from Bamyan, Kunduz, Huda, Kapisa, and other parts of Afghanistan show the presence of women in the community without a burqa. Women are dressed in beautiful clothes and jewelry, and the historical monuments of “Tala Tappeh” still confirm this fact.

Shah Amanullah Khan, on his return from a trip to Europe and Iran, saw the vital progress of European society and undertook a series of intellectual reforms, including the abolition of the hijab, Queen Soraya, the Shah’s wife, wrote an article for “Aman Afghan” publication mentioning that burqa is not Afghan culture after returning from Europe on July 25, 1928. “The veil prevents women from breathing in the open air, which is why most women get the disease, the tradition of wearing a burqa that is not known where it came from, prevents women from participating in the development of the country, and women must work alongside men.”

Unfortunately, these changes failed, the wrong culture of the burqa was noticed by the rulers of this country in different periods, and in the period of Mujahideen and the first period of Taliban rule, it was one of the conditions without which women could not leave home.

The Taliban once again forcibly imprisoned women in burqas and deprived them of their most basic rights, barring them from the community. Many now believe that the burqa is an Afghan hijab, and as far as we talk about Afghan women, the first thing that comes to mind is the blue burqa, which depicts Afghan women as a symbol. “The first time I was forced to wear a blue burqa, it was difficult for me to walk, and with each step I felt empty under my feet, feeling inferior to men.” Ms. Reyhaneh who was twenty years that time said.

After the fall of the Taliban and the advent of the Republic, the type of women’s clothing has undergone many changes in the last twenty years. Women could take part in social and commercial activities and become independent. Although women remained under social pressure during these years; the presence of the international community and women’s rights organizations enabled women to fight for equal rights and break taboos.

After the re-emergence of the Taliban, women have been isolated again, and new rules are being enforced every day to limit them, from closing school doors and imposing high restrictions on female students in universities to the Islamic veil guideline that remove democracy and its achievement over two decades so the country is falling apart again.

Now, wearing the burqa, following internationally accepted standards, the Universal Declaration of Human Rights, which guarantees equal rights and the right to choose, is not only an injustice to women but also an insult to individual human rights and freedoms, specially women who have been continuously abused in Islamic countries such as Afghanistan and have been degraded to second-class human beings by underestimating them.

But; The Taliban, with their harsh definition of sharia law and following their patriarchal and ignorant tradition, want to turn women away from their social truth. Women are not allowed to wear colored clothes and come in public and oblige they not to wear tight clothes and to wear a black hijab outside the house. Such orders issued by the Taliban to women show that the Taliban are hostile to women’s rights and show their cruelty.