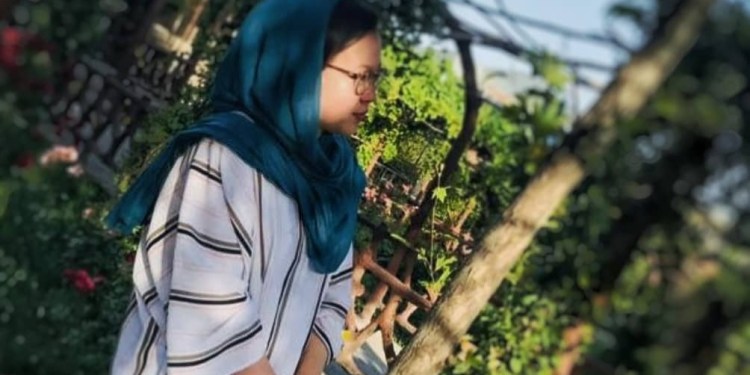 After the Taliban takeover, The girls’ dreams are in the black hole of despair

“When I was studying 11th grade and the suicide attacks on schools of western Kabul were increasing, I kissed my mother’s hand every day, I left the house in fear; But I had a dream and I tried. I never thought about dropping out of school, and I walked every day with more effort to achieve my dreams.”

Haditha Kazemi is a girl who was born in the west of Kabul 17 years ago, in the cold days of winter, when the foundations of democracy were being laid in Afghanistan and the windows of hope were opening to women. She lived and grew up with all the problems an Afghan girl struggles with and attended a private school until the tenth grade. And then, according to herself, attended a governmental school for the eleventh grade because of the validity of a governmental school diploma. Perhaps she never thought that in one step of finishing school, all the achievements of a decade of her life would be ruined and she can do nothing.

“Everything was great until the tenth grade when I was a student at that school; We had good curricula. We had a test every 15 days, which gave us more hope every day and we worked harder.” Haditha said about good days at private school.

When the Corona pandemic broke out, all the schools closed, and she and her classmates finished 11th grade very intensively. “I used to pray to open schools soon after Corona, things were just getting better when something worse than Corona happened to us.”

She had planned to be top 1 in the entrance exam and get the entire score since seventh grade. She tried a lot from reading the basics in the courses to taking the exams for the promotion of the students. She tells about her aspirations to achieve them and the hopes that her family had of Haditha, with a concern that seemed not to be fulfilled according to the tough situation of women: “My mother has been the biggest supporter of me and my sister to study, a woman who has proven to be a supporter of us with her unwavering support for education. I have always wanted to be a good politician, and in my dreams, I imagined myself as a woman politician who serves her homeland with full compassion.”

But; Her family had dreamed of becoming a doctor for her, and if someone gets ill at home, her mother would call her doctor, unaware that shortly afterward, those dreams would sink into the black hole of despair and sink the girl with themselves.

After a while, when Haditha seriously pursued all the preparations for the entrance exam and took the sample entrance exams every week to test herself; Suddenly, the ominous shadows of a group whose shadows of darkness still lingered on the memories of girls a few years older than Haditha spread over. However, she was optimistic that the Taliban would change and go back to school in a few days.” The day before the schools were to start, I was happily preparing for that day. I always thought that my mother would see the result of all the hard work she put into me after twelve years and that her daughter would succeed in the field of her choice with the highest entrance exam score.”

But; When Haditha arrives at the school gates, she encounters what she calls the saddest days of her life and says: ” When we arrived at school, manager closed the gate and teachers said: ” girls schools are closed and the Taliban forcibly sent us back to our homes. It was horrible to see all this and I really could not believe that women could go back to twenty years ago.”

Haditha had enrolled in several classes to make up for the lessons she had missed because of the Corona. The Taliban destroyed not only Haditha’s hopes but also thousands of female students, and to prove their ignorance, they issued new instructions every day to marginalize women.

Haditha considers the Taliban takeover as a nightmare and says: “When the Taliban came, I stopped taking exams and going to university. The schools are still closed and there are new restrictions on the university every day. Now I am disappointed to stay and study in this country. I study English in one of the institutes and I try to get the TOEFL to get a good scholarship.”

Her cousin, who is also in the twelfth grade of school and goes to school every day and talks about their textbooks for Haditha, drowns her even more in despair.” We boys and girls have been trying for these twelve years, now why can boys study, but we are not allowed? The Taliban think that girls were created for house chores and should stay at home. Where in the Qur’an is it said that they claim, This is what Islam wants.”

Haditha’s older sister enrolled in government scholarships after passing the entrance exam and because of her high score, she received her bachelor’s degree in engineering from the University of Turkmenistan, and her other sister is a law student at Kabul University.

Now the future of Haditha and the girls of this land is being ruined, and the Taliban, following the Pashtunwali tradition and misinterpreting Islam, are making their best effort to imprison women at home and violate their rights.