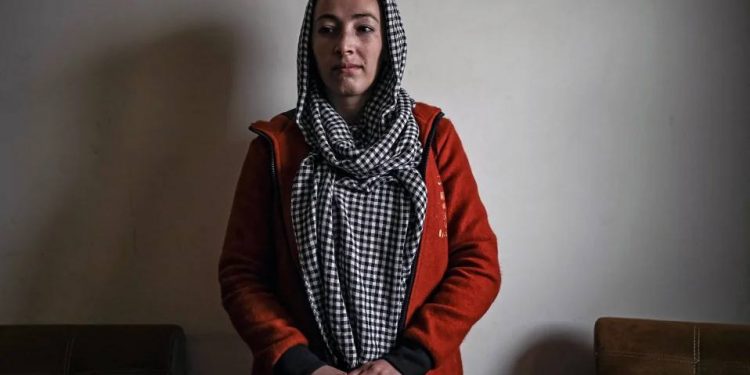 The American magazine “Time” has published its annual list of 100 most influential people in the world in 2022; A list of inspirational and artistic figures as well as political leaders in six sections, including Hoda Khamosh, an Afghan human rights activist. Time Magazine lists the most influential people in the world from Pioneers, Leaders, and Athletes to Artists, Innovators, and Community Patterns and leaders from around the world who strive to build a better future; From artists to activists fighting for human rights and solidarity. These people are transformational, practical, and problem-solving. We all have the opportunity to help build a better world, and we can be one of those people who work hard to solve problems.

When the United States first entered the war in Afghanistan, women, and girls deprived of schooling, under burqas, and confined to their homes, could not be justified by the Taliban. The Taliban have been an unfortunate fact for the people of Afghanistan and the world since the United States withdrew. Hoda Khamosh is an example of a generation that grew up between the two periods of the Taliban rule, living evidence that if a world power fails to build a nation, it can at least nurture the citizens who do. Before the Taliban takeover, Hoda Khamosh visited schools to strengthen the empowerment of women and break taboos on women’s health issues. She wrote poetry and dreamed of Presidency. After the fall of Kabul, “Hoda Khamosh” were in danger of being arrested among many brave women who openly demanded their rights. She was invited to attend a conference in Oslo with the Taliban to be part of a group of women activists. She took the opportunity to tell the Taliban foreign minister to order the release of her two detained colleagues. “I feel the pain of Afghan women with my bones thousands of kilometers away and I hear them moaning under the torture of the Taliban,” she said. Hoda Khamosh, aware that her actions might prevent her from returning safely to Afghanistan, used her voice and the opportunity to express the plight of those who have no opportunity to express it.

She is committed to defending women’s rights, fighting the Taliban, and protesting for the food, job, and freedom of Afghan women. She has been at the forefront of countering extremist and anti-woman ideas; Thoughts that are still visible among the various strata of the Taliban. Now, we can be hopeful that Ms. Khamosh, along with Afghan women, who have been the only levers of pressure on the Taliban, will figure out how to change the political equation in Afghanistan? It should never be forgotten that these were the women who had the most protests in the early days of the Taliban’s arrival in key provinces such as Kabul, Mazar-e-Sharif, and Herat.

But history and time will decide how Hoda Khamosh and other female protesters affected International Organizations’ decisions about Afghanistan.