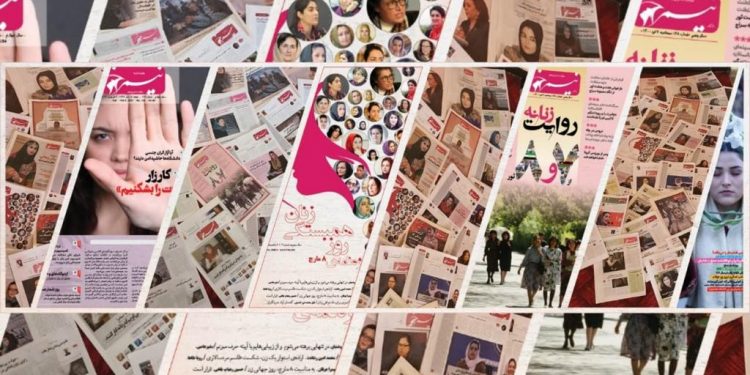 Nimrokh Media has recently been licensed by the government of Canada and will soon open its headquarter in Alberta, Canada.

After the fall of Kabul on August 15, 2021, to the Taliban terrorist group, Nimrokh’s working team disintegrated in a devastating panic. Nimrokh office in Kabul was closed and our print media stopped. We have tried to cover the events that have limited the lives of women in Afghanistan every day while we have been displaced for the past ten months. We have tried to write reports on the valuable but difficult and dangerous struggles of women and girls on the roads of Kabul, Mazar, Herat, and Bamyan. We focused to publish women’s first-hand stories of the tragedy of the fall, the hardships of immigration, the bitterness of life under the rule of a terrorist group inside Afghanistan, and taking part in women’s civil struggle against the Taliban regime in Afghanistan.

Nimrokh has always strived to be a powerful and influential platform for women’s demands as a female media outlet in the traditional, patriarchal and misogynistic society of Afghanistan during its five years of publishing in the Republican era. Nimrokh has tried to support the political participation of women and challenges a range of socio-cultural taboos that deny feminine identity for Afghan women to achieve greater freedom, equality, and human dignity.

There is no doubt that the fall of Kabul on August 15 was a surprise and a catastrophic event. That dark day shocked not only ordinary people but even high political figures in Kabul. But aside from the massive surprise on that day, for the Nimrokh team, the signing of the Doha Political Agreement between the United States and the Taliban terrorist group on February 29, 2020, sounded the alarm for the Taliban’s return and the restriction of civil-political freedoms.

From the first, we have defined the signing of the Doha Agreement as a betrayal of the United States by the people of Afghanistan, human rights values ​​, and a betrayal of the civil-political rights of Afghan women, and we have always warned of the dire consequences.

The beginning of “inter-Afghan talks” between Republican and Taliban representatives in Doha, Qatar, clearly signaled the Taliban’s return to Kabul politics and the fall of women into devastating value setbacks for the Nimrokh in terms of form and content. Therefore, at the same time as covering the peace process, we have always tried to be part of Afghan women’s advocacy for political participation in the post-reform government in news, reports, analysis, and interviews. In other words, months before the fall, we had come to believe that the corrupt government of Ashraf Ghani, which was known as a “three-led republic” in public opinion would not last and was doomed to fall.

But the fall on August 15, 2021, was a surprise and shocking event for the Nimrokh team. Finally, the Taliban entered Kabul through war and the escape of Ashraf Ghani Ahmadzai rather than negotiation which, unfortunately, led to the destruction of Afghanistan.

Now, we are sad about the land we lost, the precious aspirations that were destroyed overnight, and the rise of a terrorist group in Afghanistan. But we were somehow lucky that we had the opportunity to get out of Afghanistan which is caught in the clutches of the Taliban terror.

The Nimrokh team believes that what has happened to Afghanistan after the re-emergence of the Taliban terrorist group, unfortunately, does not have a short-term and immediate solution. In general, Afghanistan and Afghan women, in particular, are facing a situation that requires a great deal of commitment and perseverance, and a planned and long-term struggle to carry out.

The experience of more than ten months of Taliban rule in Afghanistan not only has disappointed all those who thought the Taliban has changed but also proved that this terrorist group is more and more extremist and, as in the past, incompatible with all aspects of civil life. Even worse they do not give up their enmity with the existence of women and the social presence of Afghan women. That is why it is up to the educated and aware women of Afghanistan to be committed and ready to do the long-term struggle.

While opening its headquarter in Canada, Nimrokh is working to create a more serious and professional team of knowledgeable and concerned men and women who still think more about Afghanistan and the fate of women in that misogynistic geography and tries to take part in the long-term struggle for destiny.

In addition to all the social and cultural difficulties in the current situation, now a terrorist group that has deep enmity with the presence of women in Afghan society is controlling the country. As Nimrokh tried in the first five years of its publication,  not to be just a news medium to cover breaking news, now in the new chapter we believe that as a women’s media and involved with the fate of Afghan women, act beyond a breaking news outlet to be part of the inevitable struggle of women for freedom, equality and human dignity in Afghanistan.