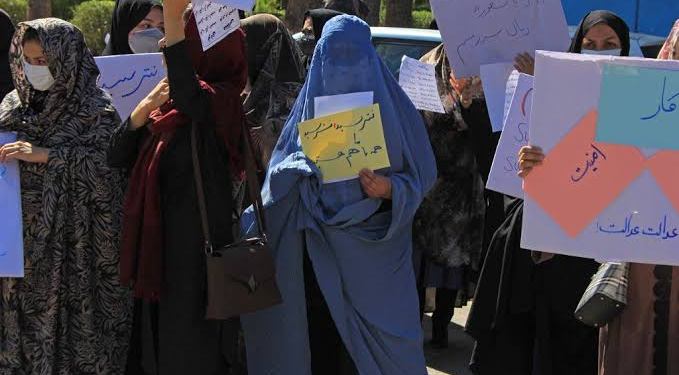 My life was getting better, I was forgetting all the hard memories and problems that I had endured for years due to difficulties in studying by finding a job as a reporter in a reputable government body. Even though I earned a little income; it was very valuable and pleasant for me.

“Zara” tells about life before the Taliban while hatred bothers her throat! Two and a half decades of my life are full of bitter nights and days when I was struggling with problems; Especially getting married at the age of 15 and becoming a mother and enduring the beatings of a cruel and hard-hearted husband and finally divorcing, which filled my entire teenage years with sadness and pain; But every pain and suffering I went through made me stronger and I never stopped fighting against society and the hardships of life. I graduated from high school and was accepted in my favorite major at Kabul University and finally graduated from University with high scores.

After my graduation, I was able to get a job in a reputable government organization despite all the problems in my life. I used to fill my lonely and sad times by putting words together in the style of free poetry and short stories. Even though I was an independent woman and my only worry was being away from my two children; at night, when I thought about my loneliness, I considered all the moments of my life meaningless; But after my second marriage and the birth of my other children, all the sadnesses and sufferings endured for two and a half decades of my life disappeared and life seemed better.

Zara continued! Everything was fine and normal. Even though the war was going on in the provinces and suicide attacks were committed around us, in the last two years, the Hazara and Shiite people were attacked in various ways and we lost countless children and young people. But life with my family was sweet; Suddenly, in utter disbelief, on 15/08/2022, my dreams and thousands of other women’s dreams were ruined.

The truth is that the Taliban came back with a more hideous face than twenty years ago and we have all witnessed their crimes. What impresses me is that we have become a sheep society, if they killed us or we became unemployed and our children died of hunger, still no group of men protested in the street but obeyed all the orders of the Taliban.

But we women fighters of Afghanistan! To sue and be present in different aspects of society, like the previous governments, we launched various protests against the Taliban in different ways, and we called on human rights organizations, the international community, and women’s rights activists worldwide to sue and support the women of Afghanistan. Most of our protests were suppressed violently by the Taliban; But we still did not get tired and continued stronger than the other day, we stood up for a lawsuit and therefore in one of the protests by the Spontaneous Women’s Movement, several protesting women were arrested and imprisoned by the Taliban fighters.

We spent two days in damp and dark Taliban prisons and were repeatedly subjected to violence and interrogation by the Taliban. I will never forget those brutal moments. The Taliban shocked us with electric devices, and hit us on our backs, sides, and thighs with the butts of their guns, to make us read their favorite sentences in front of the cameras they had prepared. We were forced to confess what we had not done.

Zara added at the end of her speech! When the Taliban got a confession from us, they deleted all the photos and videos against them from our phones and then freed us.

She says: Personally, when I was released from the Taliban prison and returned home, I faced the strong and unimaginable reaction of my family. The reproaches and taunts of the family, neighbors, and relatives were no less than the tortures of the Taliban, and until today, when several months have passed since that incident, no one still speaks to me properly and they rejected me without any sin. Living like this is worse than death. When you are rejected by both society and your family and this is the ultimate disaster.