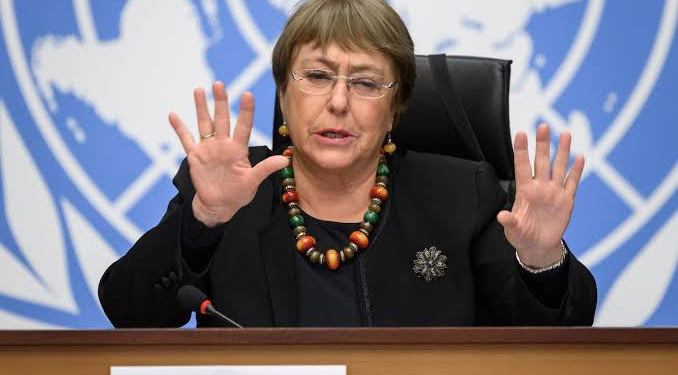 Women’s lawsuit, The concern of the international community, and the Taliban’s rejection

The rights of women in Afghanistan under the control of the Taliban are becoming more limited and vulnerable every day. Women and protest movements inside and outside the country are suing for women’s rights and freedoms. Although the international community has so far responded positively to all women’s lawsuits, expressed concern about the situation of women, and raised the issue of Afghan women in diplomatic meetings with the Taliban and international forums, the Taliban group has openly rejected all women’s lawsuits and international community requests.

Simultaneously with the meetings on the 50th anniversary of the establishment of the United Nations, two meetings were held on the women of Afghanistan.

The Human Rights Council of the United Nations in Geneva, yesterday (Friday, 1 July ), examined the situation of Afghan women’s rights in a special meeting.

The representatives of the member countries of this council and the ambassador of the former government of Afghanistan called the situation of Afghan women worrying in their speeches.

In the letter of the protesting women of Afghanistan, it is stated that “since the seizure of power by the Taliban in Afghanistan, the situation of women has become more disastrous day by day. The Taliban consider women mentally naive and deprived them of the right to work and education.

It is also stated in this letter that the Taliban conducted targeted repression and attacks against women activists, journalists, and ethnic and religious minorities which is still ongoing.

Some female protesters who have experienced street demonstrations, being arrested and tortured, and forced to confess by the Taliban, have asked the international community not only not to recognize the Taliban at all, but also to force them to respect women’s rights.

Meanwhile, Michelle Bachelet, the United Nations High Commissioner for Human Rights, said in yesterday’s council meeting that if the situation of women in Afghanistan does not change, the country’s future will be darker.

Mrs. Bachelet asked the Taliban to start negotiations and interaction with women.

She added: “Today, I again ask the Taliban authorities to accept these women’s urgent requests to sit at the negotiating table and participate in a meaningful dialogue with them.”

Michelle Bachelet, who had visited Kabul and Herat during her trip to Afghanistan, had also raised the issue of women’s rights with the leaders of the Taliban group.

According to her, the Taliban replied “we act based on Islamic Shari’a.”

But the Taliban group, which is holding the “Ulema Grand Assembly” in Kabul, rejected all the demands of the international community.

The one-week meeting that started two days ago, Thursday in the Loya Jirga in Kabul, was held to gain internal legitimacy and renew the allegiance of the mullahs and religious scholars.

According to the information of Taliban spokespersons, only one of the participants has requested the girls’ schools to be reopened. The total number of participating scholars is contradictory, sometimes the Taliban spokespersons have said 600 people and sometimes 3500 people, according to Pakistani media reports, 80 religious scholars from Pakistan were forced to come to this meeting by the government and the Haqqani network to pledge allegiance to the Taliban leader.

Mullah Hibatullah Akhundzadeh, the current unknown leader of the Taliban, who is called “Amir al-Momineen”, has not been seen anywhere yet, but the person who apparently came to the Ulema Assembly and gave a speech to the Assembly for an hour, on the continuation of war and Jihad (killing non-Muslims) and emphasizing totally obedience of the Taliban by people, but did not say anything about women.

In the voice attributed to this unknown person (Taliban leader), it is emphasized that the “Taliban will not surrender to the demands of the international community, even if we are attacked by nuclear weapons, we will still not listen to the orders of foreigners.”

Rina Amiri, the US special representative for women and human rights for Afghanistan, has refused to take part in this meeting.