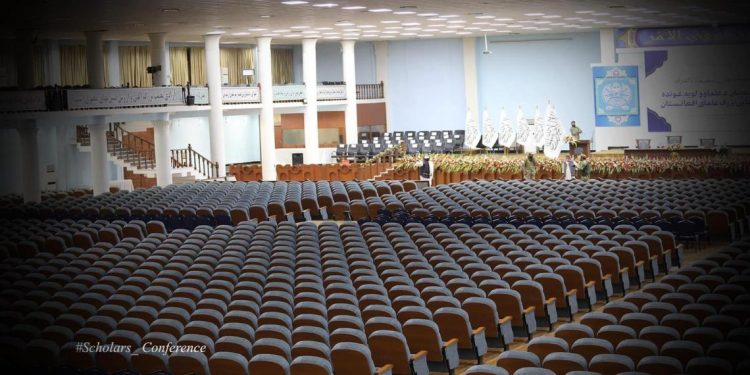 The Taliban by their demonstration and conference in the “Loya Jirga”, once again showed if they are flexible in every case, their attitude and women do not jibe together. The absence of women in this gathering of 3,500 people is both a positive sign and undeniable proof of the removal of women from social and political life by the Taliban.

This absence means that the Taliban deny the human dignity of women and are enemies of the civil and political rights of Afghan women. This elimination means talking about the change of the Taliban from any side, anyone and any address is a false and wrong conversation. A rumor that is spread by the Taliban.

The Taliban proved that their behavior was hostile to the majority of the Afghan people during their ten-month occupation. However, this is also an undeniable fact that during this period, the Taliban tried to exclude women from society and policy. When this is the reality of the matter, the absence of women in the Taliban’s conference and demonstration is a blessing to the women of Afghanistan.

The absence itself is a great privileged for women through history and collective conscience because no women took part in a conference to support this terrorist group. Afghan women should be happy that their complete absence from the conference to support the Taliban means that the Taliban cannot deal with women symbolically like the corrupt governments of Ashraf Ghani and Karzai.

Something that we women have the honor and privilege of. The story and issue of this meaningful absence of women for the Taliban terrorist group are different. Because absence is an honor for women, but for the Taliban, it is a historical shame and an absence of credibility and legitimacy at the world level. Now it is the responsibility of the women of Afghanistan to pay more attention to the struggle against the rule of a terrorist group and beyond this to a purposeful and long-term struggle against the Taliban’s thinking. The Taliban’s narrative for how to dominate Afghanistan is known and defined. But, what is more, serious and destructive than the absence of women in the Taliban conference, is the lack of political cohesion based on a common understanding among Afghan women. Even among female politicians. It is good that we Afghan women try to make up for this absence.