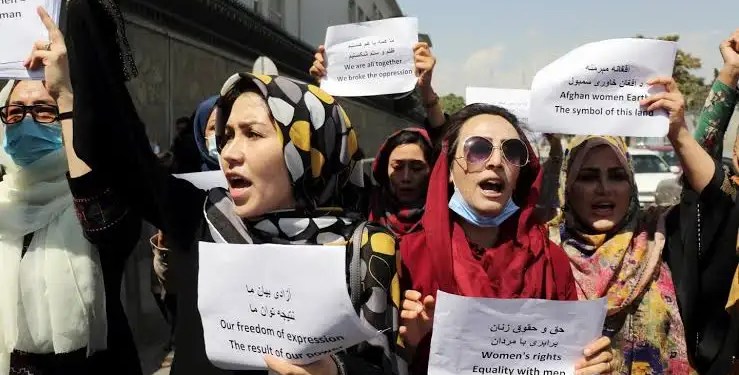 10 Suggestions of Afghan Female Protesters to The International Community

Afghan female protesters presented their 10 major suggestions to the international community following their civil struggles against the Taliban group.

These women emphasized protecting women’s rights and supporting the protests of Afghan women by reading a resolution yesterday, 5 July.

1. Since the presence and rule of the Taliban regime in Afghanistan is illegitimate and lacks national and international recognition and legitimacy, the proposal for Afghan women’s dialogue with the Taliban should be canceled as soon as possible.

2. More restrictions and sanctions should be imposed on the Taliban.

3. Urgent and practical actions should be taken to arrest and punish those members of the Taliban who are accused of international and anti-human crimes.

4. Since all the judicial systems of the country fell apart after the fall of the republican system, current reports and documents prove the existence of secret prisons and the torture of innocent people and former soldiers by the Taliban. So these cases should be carefully investigated by the United Nations and the desert courts and secret Taliban prisons should be closed.

5. Remembering the dangerous consequences of interacting with the Taliban, reviewing the previous rule and the abuse of territory and facilities in Afghanistan against global security by this group, possible recognition of this group by countries should be prevented through negotiation and political-diplomatic ways.

6. All political and non-political international institutions should maintain and observe the one-sided policy based on the interests of the Afghan people.

7. To strengthen the anti-Taliban protests, the struggle of female protesters should be supported.

8. The results and decisions made in international meetings regarding the future of women in Afghanistan should be taken seriously and necessary measures should be taken to carry out the decisions.

9. Pay attention to the complaints and requests of the Afghan people, especially women and children, regarding the current crimes against humanity committed by the Taliban in Afghanistan.

10. The letters, messages, protests, and declarations of Afghan women must be taken seriously and should be answered immediately.

Also, regarding the treatment of the Taliban group with the people, Afghan female protesters have said: “Unlike the rumors, the dictatorial regime of the Taliban proved that it is more fundamentalist than in the past and acts more extreme and cruel in the implementation of their anti-human acts.”

These women have also emphasized the continuation of their civil protests against the Taliban and confronting those who seek abuse: “During the last ten months, we have witnessed threats, humiliation, torture, displacement, and insults, from going to the Taliban prison and even killing our comrades, but we stopped We did not fight. Therefore, we will not allow any real or legal person to deal with the fate of more than 50% of Afghanistan’s population in the name of the meeting and talking with the Taliban.

After the fall of the republican system on August 15, 2021, and the Taliban group coming to power in the country through bloodshed and killing people, now women are the only protesting civil forces that have continued to fight against this group. Although Taliban fighters have always treated female protesters with humiliation, insults, threats, arrests, abductions, tortures, and murders, women have continued their struggle in the form of numerous civil networks and institutions in cities and villages and abroad to sue for their rights and their freedoms.