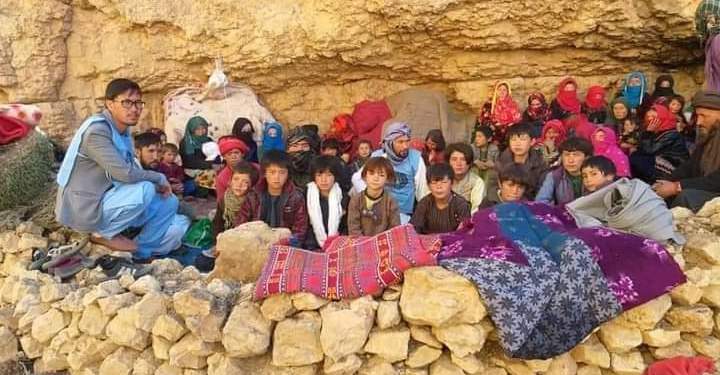 OCHA: “27 Thousand People Have Been Displaced Due to The Taliban Attack on The People of Balkhab,”

The United Nations Office for the Coordination of Humanitarian Affairs” OCHA ” announced that 27 thousand people have been displaced from the Balkhab district of Sar_e_Pol province after initial investigations.

According to the report that OCHA published today (Thursday, 7 July), it is stated that “at least 27,000 people have been displaced following the recent war in Balkhab district in Sar_e_Pol province in the north of the country.”

OCHA added that the colleagues of this institution are preparing and providing food and other aid to more than 10 thousand people in Balkhab.

Meanwhile, OCHA has confirmed that a large number of families have moved to the neighboring provinces of Balkhab in the north of the country and Bamyan province in the central part.

According to OCHA’s report, there are more than six thousand internally displaced people in Bamyan province, and the United Nations and its humanitarian partners will provide food, health care, education, and psychosocial support, as well as cash aid and other supplies to the people.

However, due to the Taliban restrictions on the media and reporters of human rights organizations, the exact number of victims and displaced people of Balkhab is still unknown, but according to the approximate statistics of the local media and displaced people in Bamyan, about 50 civilians, including women, children and old people were killed by the Taliban fighters and more than 50 thousand people were displaced.

According to the information from these sources, the Taliban group has prevented people and charitable organizations from assisting the refugees of Balkhab and threatened journalists who were planning to report on their situation inside Balkhab and areas of Balkh province.

The Taliban group attacked Balkhab with 8,000 fighters on 24 June after a dispute with their local commander, Mahdi Mujahid. After three days of fighting, this Taliban commander and his subordinates escaped from the district center, but the Taliban group’s war with the local people continued. According to the pictures published from Balkhab, women, children, old men, and civilians were killed and beheaded by the Taliban and Taliban fighters set fire to many markets and people’s houses in Balkhab.

Some of the displaced people of Balkhab have told the local media in Balkh and Bamyan that several women and children died from cold, hunger, and illness, and at least two pregnant women gave birth in the mountains without any health care or medicine.