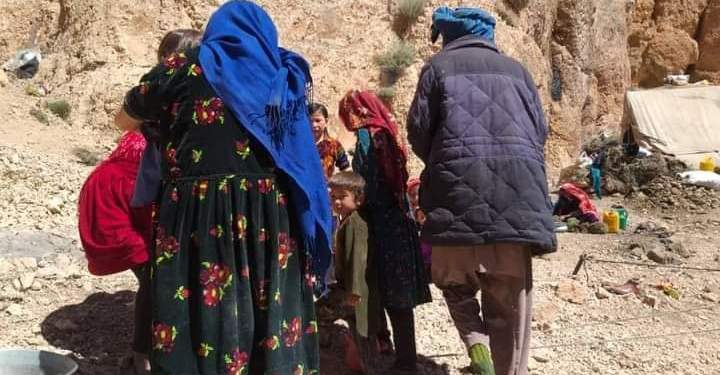 After 17 days of the massacre in Balkhab and burning their markets, farms, and houses, the Taliban has now ordered these people to marry one out of every ten women and girls (10% of their women and girls) to the fighters of this group.

After a dispute with Mahdi Mujahid( local commander ), the Taliban group attacked this district with 8,000 fighters on 24 June. After three days of fighting, this Taliban commander and his subordinates escaped from the district center, but the violence of the Taliban group with the local people continued while the telecommunication networks were cut off and there was no monitoring organization. According to the published pictures from Balkhab, women, children, old men and civilians have been beheaded by the Taliban and Taliban fighters have set fire to many markets and people’s houses in Balkhab.

Hasht_E Subh newspaper has reported on the treatment of the Taliban towards the people of Balkhab in a news article titled: “Defeated and Encircled, the Hazara Community in Balkhab Scrambling to Escape Atrocity Crimes Committed by Vengeful Taliban,”

According to this report, which was prepared after talking with the refugees of Balkhab, the Taliban wants to seize women and girls of Balkhab after killing local people and looting their property.

The sources of this report said that the Taliban commanders in Balkhab ordered that 10% of the women and girls of Balkhab (one out of every ten women and girls) should be married to the fighters of this group.

The report states that some of the refugees from Balkhab arrived in a neighborhood around the city of Mazar-e-Sharif, the capital of Balkh province.

One of the women who arrived in Balkh said in an interview with Hasht_E Subh reporter, “Besides the oppression, torture, humiliation, and insults of the local people, the Taliban fighters seize the young women and girls of Balkhab.”

Other women have also confirmed that “The women of this district are displaced due to the fear of dishonor.”

Also, an old woman said: “The Taliban captured, imprisoned, and beat our youths. Then they told them that you should bring one out of every 10 young women in your villages to the Mujahideen who have come to fight in Balkhab.

These women have a terrible story of the situation of displaced people of Balkhab: “The Taliban terribly killed people. We left home at midnight and escaped. The people of Balkhab have left all their cows and sheep and just rescued themselves. When we escaped to the mountains, my children and I ate three loaves of bread in a week. We had no bread to eat. There was no water. There were many problems during the climb to the mountain; Even a woman miscarried her child and another woman with her child on her back and who was also pregnant, fell down the mountain. Similarly, another new_born died just after birth. They buried him in the same mountain.”

These women demanded the protection of civilians and said that “The war in Balkhab is between the Taliban themselves. We ask the Taliban not to do anything to ordinary people. Now is the time for work, it is the time for fruits, let people live their lives.”

However, due to the Taliban restrictions on the media and reporters of human rights organizations, the exact number of victims and displaced people of the Taliban attack on the people of Balkhab is still unknown, but according to the approximate statistics that the local people and displaced people in Bamyan told the media, about 50 civilians, including women, children and old people were killed by Taliban fighters and more than 50 thousand people were displaced.

Meanwhile, the United Nations Office for the Coordination of Humanitarian Affairs ( UNOCHA ) said in its initial report that 27,000 people have been displaced from Balkhab so far.

However, the Taliban group has launched widespread propaganda that the UN report is false and that no one has been displaced from Balkhab. At the same time, sources from Bamyan have confirmed that Mullah Abdullah Sarhadi, the Taliban governor in Bamyan, has ordered a group of Taliban fighters to prevent people and aid organizations from sending food aid to the displaced people of Balkhab in the Yakawlang district of Bamyan.