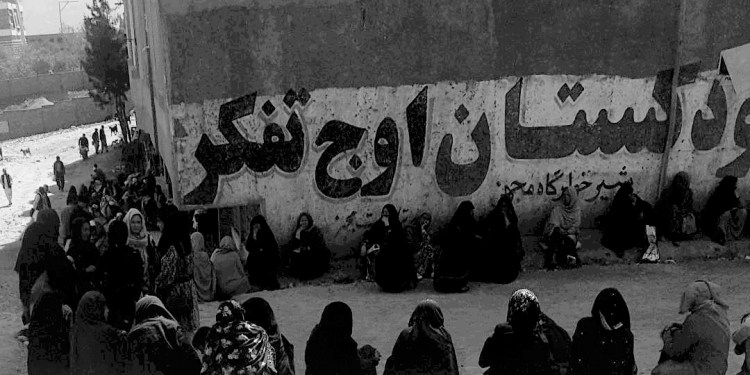 Needy Women; Wandering in The Alleys of Kabul Looking for Sacrificial Meat

On the first day of Eid (Saturday, 9 July ), when a small number of people were celebrating Eid; Long queues of needy men and women wandered in the alleys of Kabul city looking for sacrificial meat.

Aykhana 45-year-old lady, one of the needy women who came to find sacrificial meat in one of these alleys, said that she came to Kabul from Ghazni province after the collapse of the regime. She lost her husband and eldest son in the war between the national army and the Taliban during the republic and is the head of a family of six people who were displaced from Ghazni to Kabul. She says: “She still has not been able to provide her family healthy food or meat for one year, but when she goes to the houses to ask for meat, people do not treat her well.”

“Early morning, I went out of the house to find the sacrificial meat. In this alley, I saw that they were going to sacrifice two cows; We are waiting for them to give us sacrificial meat. Before this, I went to the gates of two other houses that were slaughtering sheep, they did not give me meat and told me to stay away from their gate.

Here a large number of men and women gathered, it is said that one of the high-ranking officials of the Taliban lives and prepared two cows for sacrifice at the same time.

Mahtab, another woman, said that she has a disabled husband who fell from an apartment while doing hard work, and four children that she is responsible for providing for their expenses. She says: “She is still waiting for the donation of meat from the people. But when people see them in the street, they hide the meat of the sacrificed animal or throw some meat toward them with insult and humiliation.

“When we saw that they had sacrificial meat, we went to ask for some meat. At first, they said that we did not sacrifice animals, but later they threw some meat at us from a distance and said: “Now go away from our house.”

Alhamdulillah, one of the old men, who was also in a large group of people in one of these alleys, told Nimrokh that he came here out of necessity and unemployment to take meat for his children.

“I am a simple worker and I sit at the intersections every day and I have a small wheelbarrow, there is no work and we had to find meat for our children and take it home.”

“Eid al_Adha” was spent this year in the country while most of the people, due to the spread of poverty and unemployment, could not celebrate it, especially the widows that live in worse conditions. A number of these women have walked all the alleys of Kabul in search of sacrificial meat for their children during Eid al_Adha.