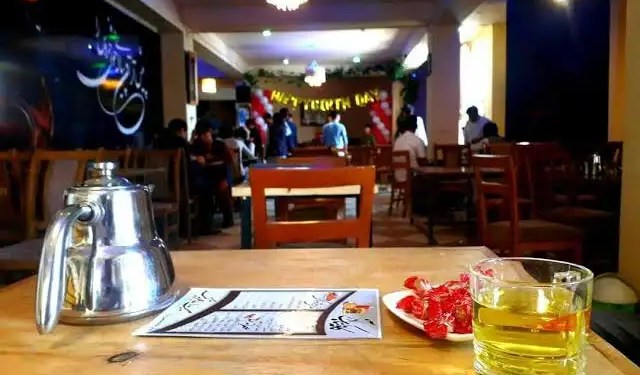 A Prison Without Walls for Transgenders; Life in Secret, Social Violence and Taliban’s Torture

We caught each other eyes as I entered the cafe. Ze was wearing men’s clothes and soft feminine make-up and was sitting on a cafe bench. Apparently, ze got there a few minutes earlier than us; Ze was wearing a black peaked cap, baggy jeans, and a loose red shirt and had come there with zir mother. I was surprised to see zir, recently I had not seen any face like zir in the city and cafes of Kabul. After the Taliban’s takeover, gender minorities fled the country to Iran, Pakistan, or European countries. But a few who could not leave Afghanistan live a secret life and according to themselves, they are imprisoned in a “prison without walls.”

Seeing a transgender in the cafe was rare. I decided to ask about zir life situation. At first, ze was not interested in talking; probably because of zir relatives’ harassment. People may ask zir questions that will be bothering zir.

When ze noticed my journalist card, ze felt safe and started talking. Ze preferred to be known by the nickname Razi.

Razi said that ze is about 25 years old and has lived in the family as a girl since birth. But three years ago, ze noticed some signs in zir body and felt that ze was not a girl. Zir’s family has also hidden zir gender and no one has yet accepted that ze is a transgender person. Zir family believes Razi is “the price for one of the sins of zir parents” and that God tried to give them a transgender child.

Ze told Nimrokh that after the occupation of the Taliban group, zir life has become more difficult and zir family is worried about zir safety. Ze tried to leave Afghanistan but failed.

Meanwhile, zir family had decided that Razi would marry a son of her father’s relatives.

It was a difficult time for Razi. But ze decided to reveal zir gender identity. Razi shared zir transgender secret with zir mother.

Zir’s mother was surprised by this. Zir’s mother accepted zir gender identity, but after she discussed the matter with zir father, Razi’s father could not accept that he had a transgender child.

Razi’s mother says, “After finding out about this, zir father wanted to kill Razi.”

But why should a father kill his transgender child?

Razi’s mother says that Razi’s father wanted to kill zir because he did not want their secret to be disclosed.

Razi’s mother convinced zir father that instead of killing Razi, he make an excuse to zir proposer that “our daughter is sick”. In this way, the issue of Razi’s marriage was canceled.

But it was not only Razi’s father who wanted to kill zir. Accepting transgenders will be impossible in the Afghan society, which has not yet accepted the female gender and applies all kinds of violence and oppression to women.

Razi says that ze always hears the news of zir transgender friends being tortured and beaten, and this really made zir worried, and ze feels that ze is living “in a prison without walls” where “at any moment ze may be tortured or killed for the crime of being transgender”.

Despite all the problems, gender minorities had quiet freedom in the big cities of the country, before the Taliban group came to power.

Shahriyar, one of the activists of Afghan LGBT+ who is living abroad, wrote on his account: “One of the Afghan transgenders who fled to Iran after the Taliban takeover had been deported by the Iranian police. Then ze was captured by the Taliban at the border of Nimruz and was tortured.”

Shahriyar mentioned this victim of violence with the nickname Sami and wrote that the Taliban suspected zir after seeing a tattoo on zir neck. Then when they found out that ze was transgender, they tortured zir.

The published pictures of Sami show a hot skewer wound on zir neck. It is said that the Taliban removed the tattoo on Sami’s neck with a hot skewer.

The Taliban group has not officially spoken about the rights of gender minorities in Afghanistan since their takeover, but the fighters of this group have beaten and tortured transgenders after being identified.

Transgender refers to an identity where a person’s gender does not match his/her other physiological characteristics. For example, a boy who feels like a girl and wants to be a girl; Or a girl who is born with the gender identity of a girl but is a boy intellectually, spiritually, and psychologically.

Despite all the concerns of the people in Afghanistan, the Taliban group with a religiously oriented radical view that still does not accept women as half of the country’s population in the society have sought to eliminate gender minorities in Afghanistan.