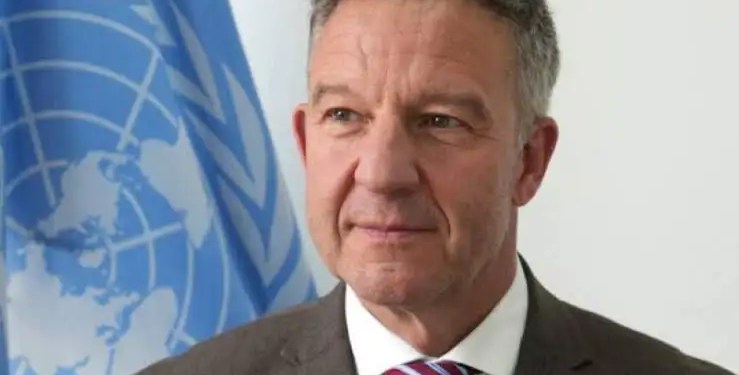 UNAMA: If The Girls’ Schools Are Not Opened, The Aid of The International Community Will Not Continue

The head of the United Nations Assistance Mission in Afghanistan, or UNAMA, says that if the Taliban group continues to keep girls’ schools closed, the aid of the international community will not continue.

Markus Potzel, head of UNAMA, said yesterday (Saturday, 16 July ) during his trip to Nangarhar and in a meeting with the officials of the Taliban group, that “The Taliban must reopen girls’ schools to get help from the international community.”

Mr. Potzel emphasized that if the school gates are not opened for female students, the international community’s aid to Afghanistan will not continue.

He added that education is the right of every person and the Taliban should review their policy regarding women’s right to education.

The head of UNAMA has also said that the recent political developments in Afghanistan have caused a setback and created the belief that “Aid does not reach the needy.”

This is while the Taliban group has imposed severe restrictions on women’s rights and freedoms after they came to power and still does not allow female students from sixth to twelfth grades to go to school.

Although the Taliban group is registered on the list of terrorist groups in the United Nations Security Council and the majority of the leaders of this group are on the black list accused of war crimes, crimes against humanity, and terrorist activities, every week about 32 million dollars are paid to the Taliban in cooperation of UNAMA.

According to apparent statistics, nearly one billion dollars of international community aid has been paid to the Taliban group.

Last week, Afghan women advocates in a statement asked the international community to seriously monitor the weekly payments of tens of millions of dollars to the account of the Taliban group, because investigations have shown that the Taliban do not distribute these emergency aid packages to the needy citizens, but use them to strengthen their military troops and thus suppressing the people inside Afghanistan and intensifying the threat to the security of the region and the world.