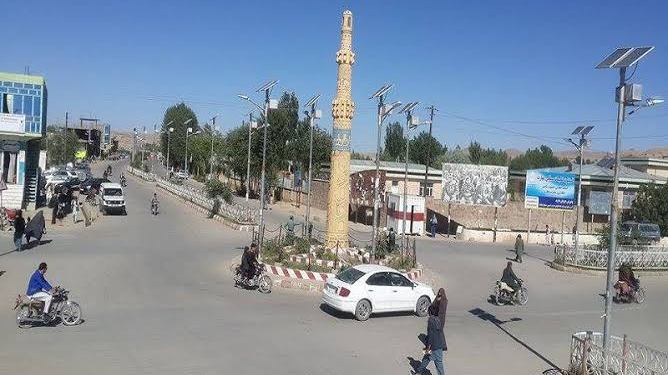 Desert Court in Ghor; The Taliban Whipped a Woman and a Man in Public

The Taliban whipped a woman and a man in the center of Ghor province in public.

The Taliban governor’s office in Ghor today (Wednesday, 20 July ) said they were punished because of a meeting each other against Shari’a.

According to the report, this man and woman were sentenced to 39 lashings each in Firouzkoh city, the capital of Ghor province, and they were flogged in public in the presence of people.

The Taliban group accused them of meeting each other against Shari’a and punished them to prevent the repetition of this crime by others.

In the last eleven months, the Taliban group stoned women in several cases in Ghor, Badakhshan, and Faryab for going out with non_mahram or accusing them of having affairs (sex out of marriage) and flogged them in public.