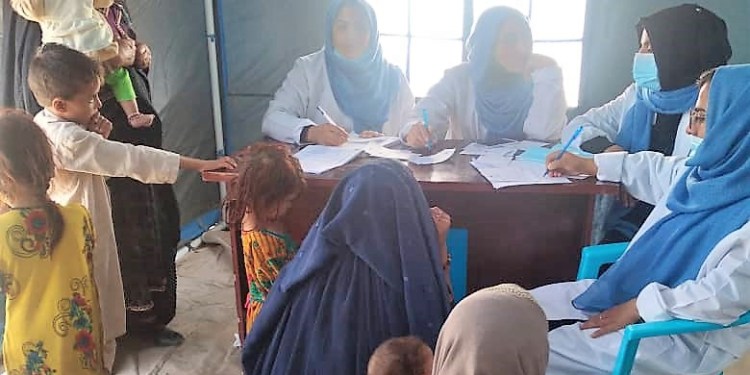 The World Health Organization has sent 10 female doctors to Paktika to provide health services to earthquake victims in the gynecology and obstetrics departments.

“We have sent six female doctors and four midwives to Paktika in coordination with the Afghan Society of Obstetricians and Gynecologists.” The World Health Organization ( WHO ) said.

This organization Twitted today (Wednesday, 20 July ) “This health team will provide health services to women and children affected by the earthquake in the districts of Giyan, Barmal, and Ergon in the city of Sharan, the capital of Paktika province.”

This is while the United Nations Sexual and Reproductive Health Organization announced after preliminary investigations that about two thousand pregnant women in the earthquake-affected areas need urgent health services.

A 5.9 magnitude earthquake occurred in Paktika, Paktia, and Khost provinces a month ago. More than 1000 people were killed and 500 others were injured as the result.

On Monday, July 18, a strong earthquake occurred in Giyan district of Paktika province which destroyed dozens of houses and injured more than 30 people.

The process of assisting the victims of the earthquakes in southeast Afghanistan was started urgently.

Neighboring countries, various international organizations, domestic and foreign charity organizations, social organizations, and many citizens, along with food, clothing, and medical packages, contributed more than 100 million dollars in cash to the victims.

This news has worried the people on social networks and the citizens think that the Taliban group will use the humanitarian aid that should go to the victims of the earthquake for military purposes to strengthen their fighters.

People were more concerned about abusing the aid after the release of videos of selling relief food to earthquake victims in Paktika markets by Taliban fighters.