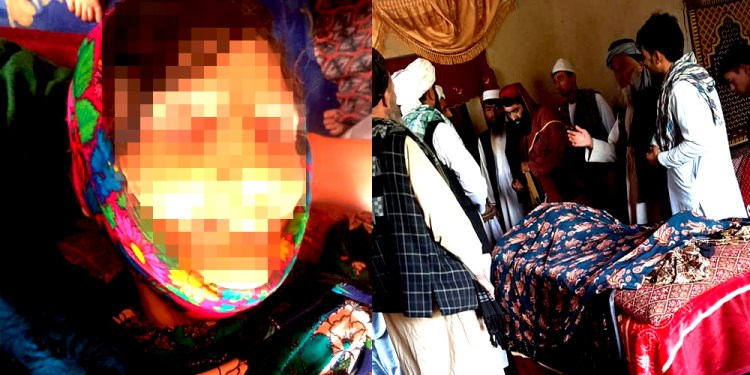 Armed Kochi men in Shirintagab district of Faryab province, who had broken a house to steal grain, beat up the women of the family and killed an old woman.

“The Gunmen attacked the house of a person named Sakhi today (Thursday, 21 July ) to steal his grain.” Local sources said.

According to sources, “When Sakhi’s grandmother and two other women tried to stop the nomads, armed men killed this old woman.”

Sakhi, who is now abroad, said the Kochi men bothered the women in his family and beat them so badly that one woman is still in a coma.

According to Sakhi, his family members wanted to transfer the body of this old woman and the wounded to Shirintagab district center to seek justice, but the Taliban prevented them.

Meanwhile, the local people complain that the Kochi people claim the property in the villages of Faryab Province and they intend to usurp the lands of the Uzbek people by force of the Pashtun fighters of the Taliban group.