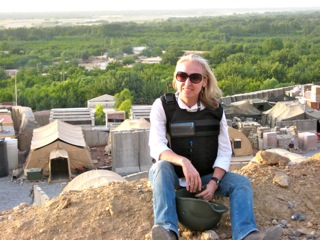 The Taliban Deported an Australian Journalist after Threatening and Taking Forced_Confession

The Taliban group deported an Australian journalist from the country after threatening, forcing her to apologize, and recording a forced confession.

Lynne O’Donnell is an Australian journalist and columnist for Foreign Policy.

On Tuesday (July 19, 2022) Lynne O’Donnell tweeted: “l apologize for 3 or 4 reports written by me accusing the present authorities of forcefully marrying teenage girls and using teenage girls as sexual slaves by the Taliban commanders.

This was a premeditated attempt at character assassination and an affront to Afghan culture.”

She continued: “These stories were written without any solid proof or basis and without any effort to verify instances through on-site

But one day later she tweeted: “Tweet an apology or go to jail, said #Taliban intelligence. Whatever it takes: They dictated. I tweeted. They didn’t like it. Deleted, edited, re-tweeted. Made a video of me saying I wasn’t coerced. Re-did that too. I’m ou now.”

According to the annual report of the United Nations on the situation of human rights in Afghanistan, the Taliban group violated the human rights of journalists and media workers in 163 cases within 10 months, including 122 cases of arbitrary arrest, 58 cases of ill_treatment, 33 cases of threats and intimidation, and 12 cases of detention as well as 6 cases of murder.