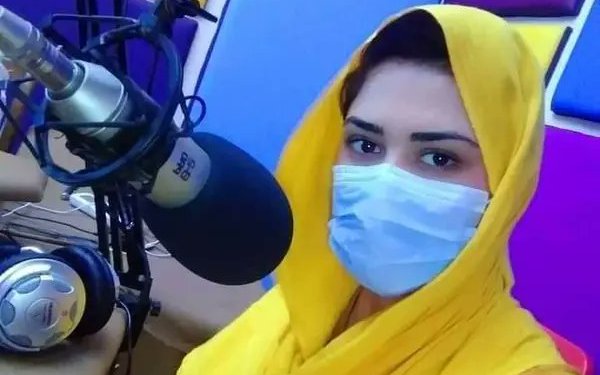 Selgai Ehsaas, a local reporter in Nangarhar province, was beaten and threatened by Taliban fighters.

Selgai, who works in private media in Nangarhar, was beaten yesterday (Friday, 22 July ) in the Balabagh area of ​​Sorkhrood district of this province.

Selgai told the media that armed Taliban fighters shot at her and hit her on the head and back with a gun after insulting and threatening her.

The villagers, who witnessed the incident by the river, tried to save her, but the Taliban continued beating Selgai and said: “Why didn’t you quit your job and not stay at home?”

According to Selgai, the Taliban had repeatedly threatened her and her family, but she could not leave her job due to poverty and financial needs.

Meanwhile, South Asian Journalists Association condemned the attack on this journalist by publishing a statement and asked the Taliban to refrain from this type of dealings with journalists.

The announcement of SAJA states that Selgai was beaten and passed out then was taken to the hospital by local people.

Just last week, an Australian journalist named Lynne O’Donnell was arrested by the intelligence of the Taliban group after she arrived in Kabul, and after being mistreated, she was forced to apologize for her past reports on the sexual violence of the Taliban leaders with underage girls. The Taliban deported her from Afghanistan after recording a forced_confession video.

While the Afghan people and the international community were worried about the stifling of freedom of speech in Afghanistan, the unknown leader of the Taliban released a new decree which forbids all people and media to criticize the Taliban, and criticism of this group will be a crime.