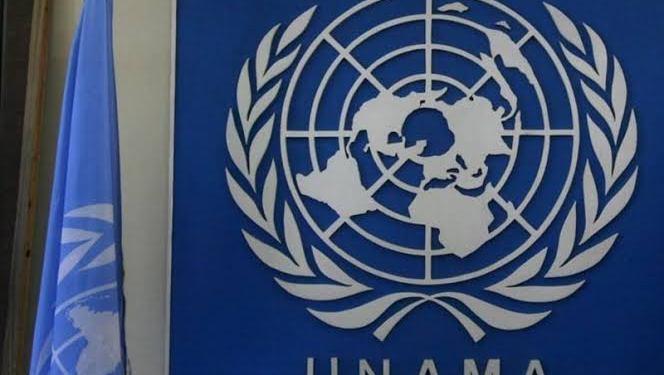 UNAMA, or the United Nations Assistance Mission in Afghanistan, has released its report on human rights violations in the first ten months of the Taliban’s presence in Afghanistan. UNAMA said: “This report summarizes UNAMA’s findings regarding the protection of civilians, extrajudicial killings, torture and ill-treatment, arbitrary arrests and detentions, the rights of women and girls in Afghanistan, fundamental freedoms and conditions in detention places.” This report also contains recommendations to the Taliban officials and the international community.”

UNAMA believe in “Improvement of the security situation after August 15, 2021, in Afghanistan”, while a terrorist group has dominated the entire life of the Afghan people, and the Afghan people do not enjoy minimum psychological security even inside their own homes. The conflict has indeed decreased more than 90% since the dominance of the Taliban group. But what UNAMA defines as “improvement in the security situation” is a big miscalculation that goes back to the superficiality and unprofessional behavior of the officials and employees of the UNAMA office. However, it is an undeniable fact that the current situation in Afghanistan under the control of a terrorist group is the most terrible form of tyranny, suffocation, and rule by guns and brutality over a country rather than improvement in the security situation.

UNAMA emphasizes that “the time has come for all Afghans to be able to live in peace and rebuild their lives after 20 years of armed conflict.” in this report. Such narrations in the text of the UNAMA report clearly show the level of appeasement of UNAMA towards the Taliban. The bitter reality is that after 20 years of efforts and training in the direction of maturing the democratic system and based on the will and political participation of the people, Afghanistan has once again fallen into tyranny. Such a situation for the Afghan people is full-scale destruction rather than the opportunity to “live in peace” and to “rebuild their lives” but UNAMA officials and employees in Kabul either cannot understand or lack the necessary commitment to the human rights values.

In a general view, the statistics released by UNAMA regarding the cases of human rights violations during the ten months of the Taliban group’s infamous presence in Afghanistan, undoubtedly, remain the tip of an iceberg floating on the surface of the water.

Another problematic issue in the UNAMA report is that this organization addresses the responsibility for a large part of the killing of civilians in the ten months of the Taliban’s infamous presence under an assumed name, which is ISIS in Afghanistan. ISIS is a nickname that has been used as a tool to advance intelligence games by domestic and regional circles in Afghanistan since 2016.

While the UNAMA report admits that “Violation of women’s rights has been one of the most notable aspects of the Taliban group to date”, when it comes to detailing the human rights situation of women, we see no detail of the tragic and shocking crimes toward detainee women in Taliban detention centers in Kabul, Mazar, and Bamyan.

Since UNAMA is the representative office of the United Nations in Afghanistan, it is expected that this office will deal responsibly with the human rights issues of the Afghan people. The unprofessional treatment and gentle approach of this institution to a terrorist group can encourage this group to violent behavior against the people of Afghanistan.