Women in Nimruz; “Don’t roll out Afghanistan under the feet of ISIS and Al-Qaeda” 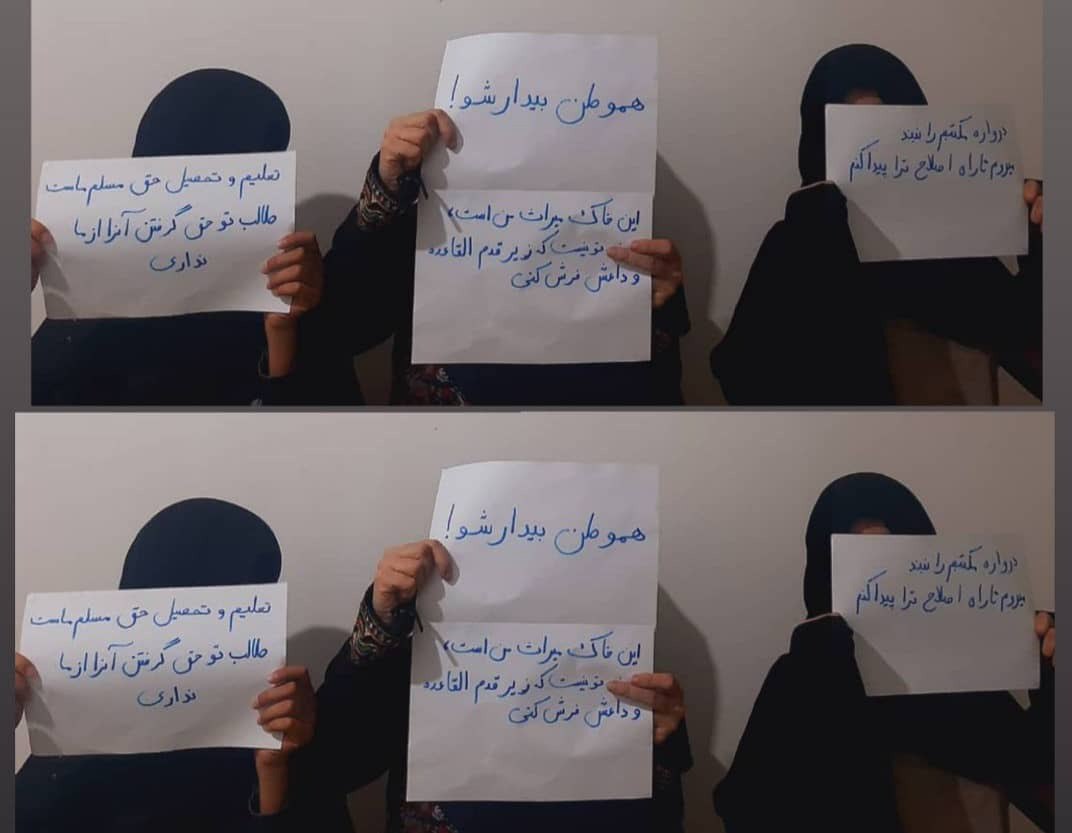 Female protesters in Nimruz province say that this land is not the property of the Taliban to be rolled out under the feet of ISIS and Al-Qaeda terrorist groups.

Members of a women’s protest movement known as the “Spontaneous Movement of Fighting Women of Afghanistan” protested yesterday (Saturday, 6, August ) in Nimruz province in connection with the closure of girls’ schools and the presence of terrorist groups in the country.

In a protest gathering held in a closed place, these women covered their faces with placards containing slogans addressed to the Taliban: “This land is my heritage, it is not your gift to roll out under the feet of Al-Qaeda and ISIS.” »

In Nimruz, female protesters expressed their concern about Afghanistan’s geography becoming a “Heaven for terrorism”.

These women also emphasized the reopening of girls’ schools in the country.

They chanted “Don’t close the school door, I’m going to find a way to reform you” and added, “Education is our right, you don’t have the right to take it from us.”

Meantime, female protesters in Nimruz in the west of the country with the slogan “Compatriots, wake up!” Call on people to protest against the policies of raising terrorists in the country and the closure of girls’ schools.

This is while after a year since the Taliban takeover, this group has not paid attention to women’s protests and has not listened to their demands, and has always suppressed their protests.

The Taliban group tortured and imprisoned some female protesters and then released them on the condition of silence and non-protest, and now the Taliban intelligence forces are searching for the female protesters to arrest and suppress them for protesting, but the protest gatherings of women moved to closed places from the street and public spaces.