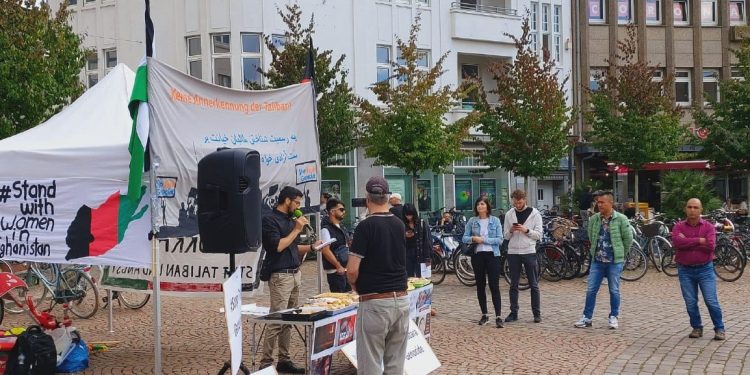 Afghan Immigrants’ Demonstration in Germany Against the Taliban

Afghan immigrants protested in Oldenburg in Germany and called on the international community not to recognize the Taliban. Widespread protests are going on in all countries of the world.

During several days of public protests against the Taliban terrorist group, they criticized the first anniversary of Taliban crimes in different countries and called for resistance.

By portraying these crimes, Afghans living in Oldenburg asked the international community to stand by the women and men of Afghanistan and raise their voices for justice.