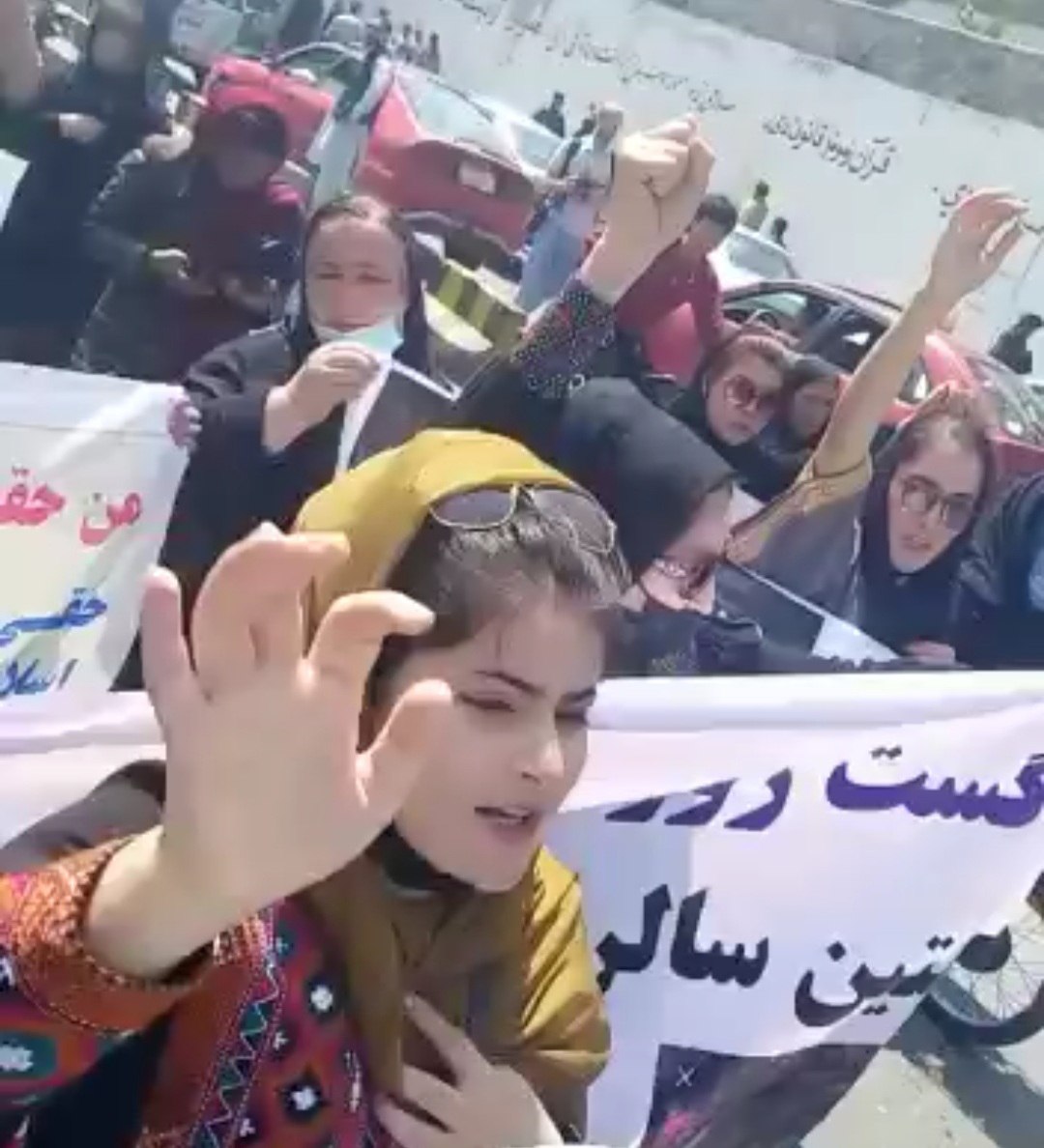 Many female protesters in Kabul had launched a street protest, demanding Food, Work, and Freedom on the first anniversary of the fall of the country to the Taliban. They were suppressed and dispersed by the Taliban.

Julia Parsi and Leila Basim, two female protesters who covered the protests live, say that more than eighty female protesters were chanting Food, Work, and Freedom in one of the streets of Kabul, and shortly after the beginning of the protests, the Taliban fired airstrikes on them and imprisoned the women in a printing house and released them after tearing up their protest slogans.

Julia Parsi says that the Taliban military rangers are still chasing them in a live video while sitting in a taxi and getting away from the protest site.

She says, “The Taliban want to scare us by using violence, but the Taliban are afraid of us women, they are also afraid of women’s awareness and dignity, and they prevent women’s civil protests.”

Julia Parsi says that women’s protests will not stop in any way and will continue until the fulfillment of women’s demands.

This is not the first time that women’s street protests have been suppressed violently. During a year of women’s protests, women protestors have always been suppressed and subjected to violence, and a number of them were tortured and imprisoned by the Taliban.