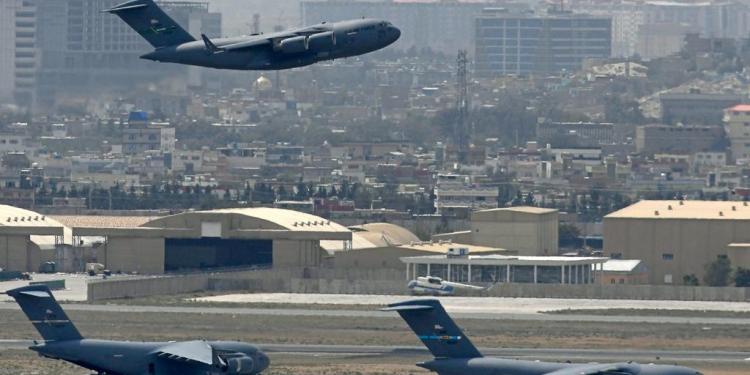 August 15 is not the first anniversary of the fall of the corrupt and illegitimate government of “Ashraf Ghani” in Afghanistan. It is beyond that and more devastating. If the matter is the fall of Ashraf Ghani’s corrupt government, the fact is that Ashraf Ghani’s administration was not legitimate from the beginning. The pain of lack of legitimacy was bone-burning for “Ghani” until the last day. His governance was so immersed in corruption and looting of public property that it had literally fallen from the point of view of moral legitimacy in public opinion. Ashraf Ghani’s politics brought scandalous autocracy and lacked minimum moral requirements. An encounter that has made all the assets of Afghanistan victims of the interest of hereditary rule, and the Ghani government collapsed and lost power a few years before August 15, 2021.

August 15 is the first anniversary of the fall of land with more than 30 million people to a terrorist group. A group that is hostile to all human rights values. But the big pain is that this same terrorist group has ruled over Afghanistan with the support of the political intelligence interaction with the American government and the western allies of the United States and has brought this country to the point of destruction.

Sending hundreds of millions of dollars in cash, under the name of humanitarian aid, to consolidate the rule of a terrorist group and set the stage for travel and diplomatic maneuvers for the leaders of a terrorist group in Europe and the countries of the region, are some examples of whitewashing of the Taliban by the United States and prominent European powers in one year.

August 15, is a reminder of an ominous and dark day from the perspective of the Afghan people. Remembrance of the day when Afghanistan fell into terror and destruction.

A terror that is still going on and the world is watching the murder, torture, violence, rape, forced migration, and other types of crimes of this terror in Afghanistan.

Twenty years ago, the United States and NATO entered Afghanistan intending to fight terrorism. Reconstruction, the establishment of a democratic political system, support of human rights values ​​, and human development were among the things that were defined as the second missions of America and Western countries in Afghanistan. Therefore, the last 20 years were a golden opportunity for Afghanistan to pass from war and crisis to security, peace, stability, and development. During the last twenty years, very important and valuable events happened in Afghanistan. For the first time in the political history of this country, a constitution was drafted and enacted, which recognized the right to vote for Afghan citizens.

The constitution defined political participation as a principle and respected the activities of political parties and free media. The observance and respect of the Universal Declaration of Human Rights were included and acknowledged in the text of the new constitution. But lack of strong commitment of the US and its western allies to their mission led to the loss of all those achievements due to intelligence dealing with the Taliban.

One year is passed since the return of the Taliban regime. During this period, Afghanistan has experienced nothing but tyranny, violence, mass terror, poverty, and misery. But the hostility and cruel approach of the Taliban towards women has been so devastating that only the women of Afghanistan can understand as the main victims of the Taliban’s crime. Because in this one year, women have not only been completely excluded socially and politically but they have also been subjected to torture, murder, and violation of their human dignity in a catastrophic way. Leave alone the pain of being deprived of the right to study, work, and travel as well as the deprivation of the right to social and political presence.

Despite all the violence and brutal behavior of the Taliban, women have been the only forces of civil struggle against the Taliban terrorist group on the streets of Kabul and several other provinces. The presence was not easy for women in any way but took the heaviest possible sacrifices from women. Street repression, torture, humiliation, and murder have been the backbreaking price of the civil struggle for women. In this whole one black year, neither the Taliban terrorist group stopped its hostility and elimination of women, nor did the informed women of Afghanistan give up their resistance and civil struggle against the Taliban. At a time when all the political parties and currents that had all the opportunities and possibilities in the last twenty years suddenly melted and went to the ground.

In the past year, Nimrokh Media, while suffering from the tragedy of the fall and unwanted displacement, has always tried to reflect the voice of protest and pleas of Afghan women. To support the valuable and meaningful presence of women. Record the events and crimes that the Taliban committed against Afghan women and inform them through news, reports, and daily analyzes so that the atrocities and crimes of the Taliban against women are not forgotten in the shadow of the Taliban’s terror.

So, Nimrokh, understanding all the pain and misery that Afghan women have suffered, in recognition of the presence of protest and valuable civil struggle of women and in recognition of solidarity with women who have made heavy sacrifices in this way, the name and title of this special issue is “The First Year of Civil Struggle of Women against the Taliban.”

Nimrokh has tried to review the most important events in the lives of women in the black year of the Taliban takeover in the reports of this special letter. Reread the decrees and rulings issued by this terrorist group to deny and eliminate women. To reveal as much as possible the torture, murder, and disrespect to the character and human dignity of Afghan women by the Taliban. In the interviews, narratives, and analyses of this special issue, an attempt has been made to deal with the whole of a great and devastating disaster.