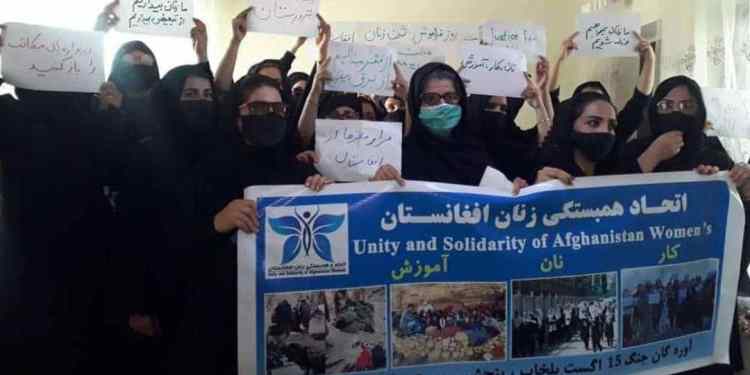 On the anniversary of the fall of the country to the Taliban terrorist group, the members of the “Unity and Solidarity of Afghanistan Women” wore “mourning dresses” at bereavement for one year of women’s misery in a protest gathering.

These women called on the international community to stand by female protesters and force the Taliban to respect human rights and women’s rights by putting a lot of pressure on them.

One of these protesters says that she believes that today’s women in Afghanistan are not the same as 20 years ago: “We will not stop trying to get our rights. When the Taliban suppressed our demonstrations in the streets, now we are raising our voices in closed places.”

On the anniversary of the fall of Afghanistan to the Taliban, many women protested in Kabul and several provinces.

For example, two days ago women took to the streets of Kabul and chanted: “Food, Job, Freedom” but were brutally suppressed by Taliban fighters.

But female protesters continued their protest gatherings in closed places.