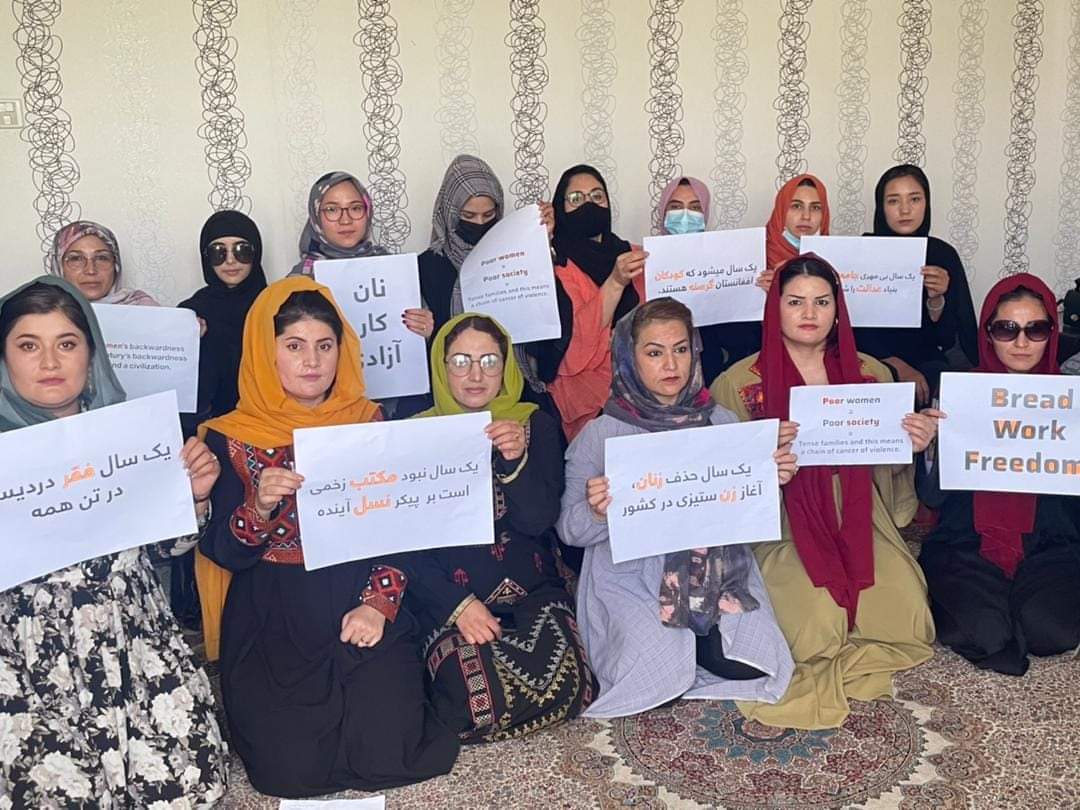 The Spontaneous Movement of Protesting Women of Afghanistan issued a statement saying: “Women have lost their freedom and human dignity during the past year under the domination and tyranny of the Taliban group.”

This women’s movement has published a resolution today (Monday, 15, August) saying: “Women have lost their freedom, authority, and even their human dignity under the structured oppression and domination of the Taliban group.”

In the resolution of this movement, it is stated: “One year has passed since the Taliban group came to power as the self-proclaimed rulers of Afghanistan, and during this time, the women of this country have been excluded and denied at all political, economic and social levels. Afghan women have been denied the right to work, the right to political participation, active social participation, and even the right to education in the past year.”

The Spontaneous Movement of Protesting Women of Afghanistan has said: “In the past twenty years, the Taliban have carried out suicide attacks under the name of Jihad against the occupation by foreign forces, in mosques, universities and schools, educational centers and religious places, as well as in public places and government institutions. Both corruption and tyranny of the Republic system and the terrorist actions of the Taliban ruined Afghan lives.

This movement has added that the domination of the Taliban over Afghanistan has brought the life of the Afghan people, especially the women of this country, to a standstill in many political, economic, and social aspects.

They added: “The Spontaneous Movement of Protesting Women of Afghanistan warns the profit-seeking and interactive countries of the world that Afghanistan under the rule of the Taliban is a serious threat to the world.”